Citizens Call for Fairness from the IEC 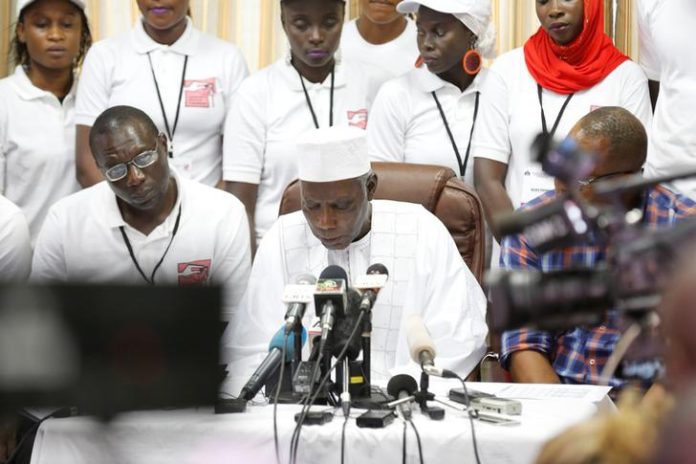 Residents in Gambia have called on the Independent Electoral Commission (IEC) to act fairly in the discharge of their function. They were speaking to The Fatu Network whilst sharing their thoughts about the recently concluded court cases that saw Citizens’ Alliance (CA) and Gambia Moral Congress (GMC) Parties join the race for Statehouse.

Alpha bah is a photographer, whilst congratulating the two political parties who won the case following their disqualification as presidential candidates, he warned the citizens of Gambia to be cautious of the IEC.

“If Gambians are not cautious about IEC they will put a blazing fire in the country, they are bias and they favour who they want,” Bah said.

He further noted that he has continued advocating on his social media page, continually calling on Gambians to be cautious of the IEC.

“The country is at risk; I pray for peace and stability. Whatever that is going to bring the downfall of the country should be avoided,” he said.

The ICE he says has a role of restoring peace in the country and if they misbehave history will repeat itself.

He prays peace reigns in the Gambia. Calling on whoever wins to be there for Gambians and not for their interest. Indicating that the eradicating of poverty and womens employment must be key deliverables.

On her part Binta Njie a market vendor said she is advocating for free and peaceful election. She called on the IEC to avoid the urge of being bias but embrace the need to be fair and independent.

Sanna sabally a Senegalese who resides in the Gambia is also advocating for free, fair and peaceful elections. He emphasized the need to avoid all forms of tribalism, maintaining that all ethic groups are one family.

Share
Facebook
Twitter
WhatsApp
Linkedin
Viber
Previous articleEssa Faal Frowns Upon Systemic Corruption As He Pledges Equal Allocation of Gambia’s Wealth
Next article“Enter my boat to avoid getting drowned”: President Barrow tells citizens in Foni they should hop into his boat while there is time