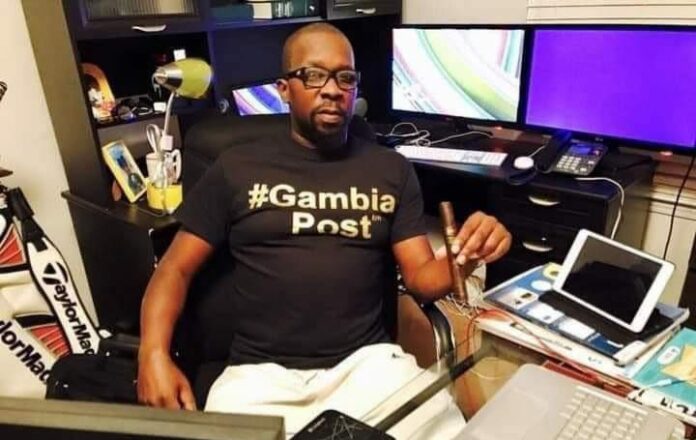 George Sarr: A Man. A Plan.

We never met, but from a distance, and from our few email correspondences, I had the inkling that George Sarr was the consummate gentleman, a gracious and sagacious person.

His is one of those deaths that gnaw at your inner being. This one hits hard. Really hard.  But this feeling of dejection over a death has a certain peculiarity to it: it is over someone you never met, but had a certain affinity for — for who he was and what he did for his people and country.

Back in the 1990s, Sarr and colleagues had the foresight to launch The Gambia Post, an online medium to enable Gambians freely express themselves about the tyranny in their country.

The Post’s arrival was highly propitious. The independent press inside The Gambia was barely existing. Freedom of speech was under siege. The people were too scared to speak up against their president (Yahya Jammeh). And newspapers were too scared to publish stories or editorials critical of the president. So:

There was a hunger for information. The Gambia Post provided it in Cyberspace but the information cascaded down from the keyboards to the steers in The Gambia. Many Gambians went to The Gambia Post to read about the happenings in their country. And many of them wrote stuff there. Some of it was outlandish, but most of it was informatory about the Gambian situation.

I wrote several articles on The Gambia Post, and they were all critical of the former dictator Jammeh. Sarr gave me and several other Gambians an opportunity to write and to inform, to vent out our feelings about the political crisis in our country.

For providing Gambians an outlet to express themselves, and at a time when dictatorship was holding many of them captive, Sarr was rendering an arduous but honorable service to his country. He was a patriot, an unwavering participant in the protracted struggle to bring an end to tyranny in The Gambia.

In 2016, the ramparts of the Jammeh dictatorship finally came crumbling down. Democracy had triumphed. Sarr must and should have, patted himself on the back for finally seeing the fruits of his labor. He is owed some plaudits.

Sarr will remain embalmed in our memories.