Chebbo Cham And the Utopian Quest for An Islamic Gambian State 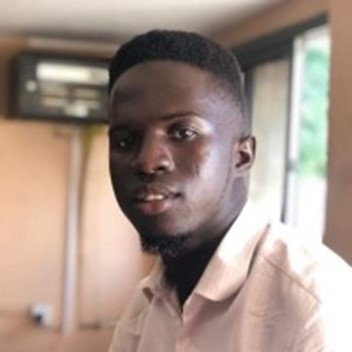 The comments of Chebbo Cham on The Standard News Paper [March 3, 2022] that The Gambia should be an Islamic State are an expression of potent delusional wishes, but even beyond that, a futile agenda long pursued by a considerable lot of citizens devoid of the very basic essential understanding of the tenet of The Gambian nationhood.

Chebbo Cham, like Yahya Jammeh… like all others who stood for this ignoble agenda, is a threat to the very foundation of this nation. But what distinguished Chebbo Cham from a lot of brainwashed fellow citizens is his position as an imam, the timing of his comments (Christian- lent period), and manifested desire to embrace the open faults of a “former” despot of endless controversies, these, which highlight the epithets of the psyche of imam Cham, stand testimony of the reasons why he should not be left unanswered.

Regardless of his psyche, belief, or his wishes, the very essential point of schooling for Imam Cham, is that The Gambia is a secular state, and it shall remain so, even against his wishes. The above means every citizen and other persons living in The Gambia have a fundamental right to ascribe or quit whatever religion they so desire.

In part, I did note, that Imam Cham should not operate in metaphysical deduction of his belief. Instead, he should embrace reality, and I would welcome him politely to the reality of what the Gambia society is: A secular state.

Nothing captures the spirit of the secular status, and conductive cosmopolitan dwelling of Gambians than the peace, love, tolerance, and struggles historically shared. The catalogue of the threat to these unique characteristics of The Gambia is rooted in comments such as those of Chebbo Cham.

Cunningly, almost hypocritically, when posed as to what would happen to Christians and atheists in his dreamed Islamic Gambian State, he stated “they will be protected just like Muslims, including their rights. Nothing will happen to them”. What sort of sharia would permit “Christians and atheists” to live and operate in the dream Islamic Gambian State “by their rights”? “By their rights”!  Nothing could be more nonsensical and to even suggest that they (“Christians” and atheists) would be protected “LIKE MUSLIMS”. “Protected like Muslims”? What can be more condensing than that! Oh, imam! The author can’t wait, when thou shall grant him right (in the dream Gambian Islamic State) to drink whiskey and pure libation to his Ancestors!

Suffice it to say, I trust my imam more than Chebbo Cham, because he taught me genuinely what would become of the duo (Christians and atheists), and even African traditionalists under a theocratical Islamic-sharia state. Such thing as Christian and atheist’s “rights” exist only in the context of the very Islamic beliefs of Chebbo Cham, and nowhere else. Thus, respectfully, Ya-imam is not being honest or rather shy of laying bare what Islam degreed of Christians, atheists, and African traditionists in an Islamic State.

While the echoes of Imam Chebbo Cham do not explain, embody, or represent the true-genuine aspiration of the absolute majority of well-informed Gambians, it has the potential of inciting the less informed citizens to agitate for an ideal that is widely distant from their understanding and appreciation.

Nevertheless, I remained persuaded that in the details of religious conversations, and tolerance, The Gambia remains a unique opportunity and culture above all nations to continue to manifest, that, diversity is indeed in and of itself a beauty.

There is, of course, more to discuss the deeper challenges that face all facets of our society, including the “killings” referred to by imam Chebbo. But for him to reason that “killing killers” (in his sharia state of mind) is a solution, highly contravenes the contemporary well informed, and progressive Gambian minds.

The future of The Gambia must be guided jealously against religious fanatism, tribalism, and against any activity that threatens our being as a People and nation. Both our actions, and utterance must be guided towards the course of OUR collective progress. With all due respect, those who seek to alter the foundation of the state, such as imam Chebbo must be treated as agents of cataclysm.

In the grand sphere of things, most of what emerged from public discussions and occupy public media should be of absolute concern to any leadership. Consequently, the decisiveness, and unequivocal position of those in charge of administering the day-to-day affairs of the state, should be stressed. I need not remind the imam of the sacred foundation of our State. The government needed to. State institutions such as the National Human Rights Commissions needed to. This way, and by any standard, the well-being of the State and its People of any orientation would be guaranteed.

I would like to conclude by urging all Gambians of goodwill to never permit decisive narratives to dominate our public discourses. It requires demonstrating unity by condemning the statements of Chebbo Cham which are every sense, against the spirit and letters of our founding instruments.