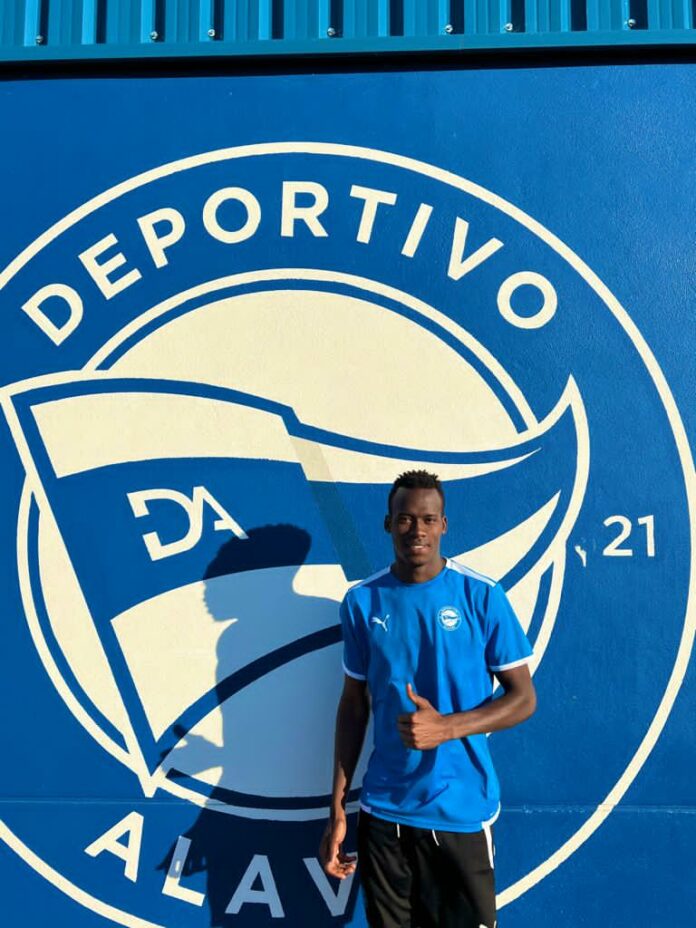 The former Fortune FC midfield maestro and vice-captain of The Gambia National Under 20 team, Tijan M. Marr, is now eying a call-up to the senior national team after signing a new contract with Spanish outfit, Depotivo Alaves B team.

Marr, who was influential for the Gambia U20 in the country’s last WAFU triumph and Fortune FC’s indivisible league season last year, told The Fatu Network that he is ready to play for the senior national team anytime he is invited.

“I am ready to play whenever I am called. If I am given the chance, I am ready to do it for the senior team as I did for the U20,” Marr declared.

The box-to-box midfielder said it will be hard for him as a young player to get into the senior team but emphasized that he is committed and ready to fight for a place in the team.

The 21-year-old signed for Depotivo Alaves’ B team last week Thursday from Rayo’s B team.  He described his move to the one-time Spanish top-level football team as progress in his career.

“This move means a lot to me in my career as a footballer. This will now give me a closer opportunity to get to the biggest stages in football where the whole world will be watching,” Marr, evidently cheerful, expressed.

Deportivo Alaves played in the Spanish Laliga last season, but they have been relegated to the Spanish 2nd division.

Marr, who grew up playing in the dusty street of Brufut as a young kid, believes that hard work can help him realise his dreams as a footballer. He told The Fatu Network that his target now is to play in the Spanish Laliga and represent the Gambia senior national team.