Chasing After Titles: The “Honourable” That Everyone Is Becoming 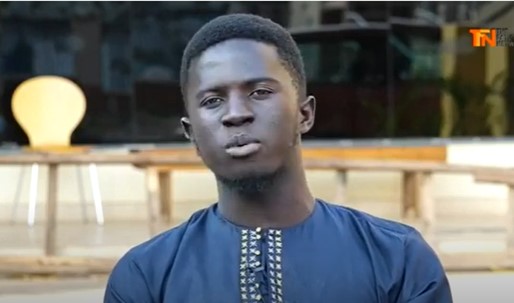 In my observation, the chase for titles, the delight in being considered a “relevant stakeholder” whatever it means in our society today, have led to the ridiculous- shameless practice of apportioning titles to oneself.

There is also the professor in our schools. Don’t mind he never published a paper or even attend university. There is the intellectual, this term has no clear meaning here but mostly, it is associated with people who assumingly possess a certain degree of proficiency in the former colonial master’s medium of introduction, English and there is also the journalist, just anyone who has a mobile phone, and or a camera. The list is unexhaustive. Apparently, all it seems to require is the courage to declare oneself whatever one so desires. And the ‘emerging’ victim in line is the title “The Honourable”.

The honorific title, “The Right Honourable” or “Honourable” is customarily a ‘title indicating eminence, and often given to certain high officials, and members of Parliament’ in many Commonwealth jurisdictions. In The Gambia, like in many Westminster parliamentary systems, members of the Legislature are traditionally not allowed to call each other by their respective names in the Chambers, except by attaching the prefix “The Honourable” to the constituent the member being referred represents.

As recently as 2019, the revised Standing Orders of the National Assembly mandates that all members, save for Nominated Members be referenced as ‘Honourable’ (see Order 27). I am not sure, the likes of late Joseph Davidson Richards Esq alias J.D, the first African/Gambian to be appointed in the Legislative Council in 1883 cares about what is in the title ‘Honourable’ but members of the Legislature were always officially referenced as “Honourable”.

But why do we do this, I mean apportioning titles to ourselves? Let me speculate, the reasons are many. Some do that so they can craftily warm themselves into the reservoir of self-aggrandizement and a sense of belonging to the circle of the bourgeois, the relevant masters and mistresses in our society who are close, maybe, to wealth and the corridors of power, and maybe again, unchecked political power.  That way, they could feed their egos, and flaunt their shoulders in social ceremonies, say when they are being invited to assume golden seats, take a podium to “inspire a generation”, or when being introduced to an audience.

For these clowns, I’d call them, relevance seems to lie and driven by credulous forces of official references such as “The Honourable”, “Excellency”, and the other I dare not mention.

There are different layers to this now popular display of foolery and of course, it reflects on every nerve of our society, governance machinery, and beyond, to even those that emulate the said structures, such as in youth and students’ organizations. Well, they too have “Your Excellencies” and “Honourables”. Nowadays, the mention of “Honourable” could frequently be heard, perhaps, as frequently as citizens’ complaints in radio stations and social media over the very cheap cost of living, zero high-level of corruption and excellent electricity supply by the ever best national electricity company in Africa, which one else, but NAWEC. If only tears were left in my ears, I did weep for NAWEC again.

Yet one wonders why “CHARACTER” doesn’t matter in this tiny nation of complexities.

It must not be misconstrued that I am against titles or official references such as “Honourable”, or “Your Excellency”, instead, it is the lack of boundaries being manifested by us, in our quest to satisfy our self-serving attributions by continuing to inappropriately apportion titles to ourselves. The spotlight problem is my problem.

So, don’t worry, I am watchful of my diction. Here, I am only unkind to the category of title fraudsters. I must be very very stubborn, like many did claim I am, to question well-deserved or earned titles such as that of my very own professorship and honorary title. I am “Professor-Honorable Toney”. My friend said I am, maybe because I recently began to dress on suits appearing like a little British boy at work, in Banjul…but certainly not in Marina Parade.

It is mind-bogglingly, and one can only wonder what magical effect is woven into such fanciful references to warrant it being abused popularly. Except otherwise if we were on a mission to rename our country to “Nation of The Honourable People”, for the sake of the low price of rice, I respectfully submit, let us permit haji be haji, and the Honourable be honorable. And you and me? Well, there is still honor in being a common man.

As regards the possibility of changing the name of our country, let me choose Upper Volta now Burkina Faso (Land of Incorruptible People) for example. They have done it! Just that, we must agree, if corruption were Upper Volta’s problem then, to warrant a change of name to Burkina Faso, we may be faced with dilemmas because not only will I suggest that there is little or lack of honor among us, but corruption is everywhere here but nowhere here…Certainly, we may equally have to reconsider the name “Nation of The Honourable People”. My final suggestion: ‘The Nation of Incorruptible Honourable People’.

Now, I can already see the faces of those who will argue that this is all about elitism, protecting, and entrenchment of a class system in our society. Far from it, the objective in my little rambling here is to highlight the absurd nature we have come to naïvely begin to think, that appealing to self-serving references could or would change the reality of who we truly are.

But who set the standards? After all, we are supposed to be “honourable” People. Do not be left behind the phenomenon then… simply add the prefix “The Honourable” to your name today.