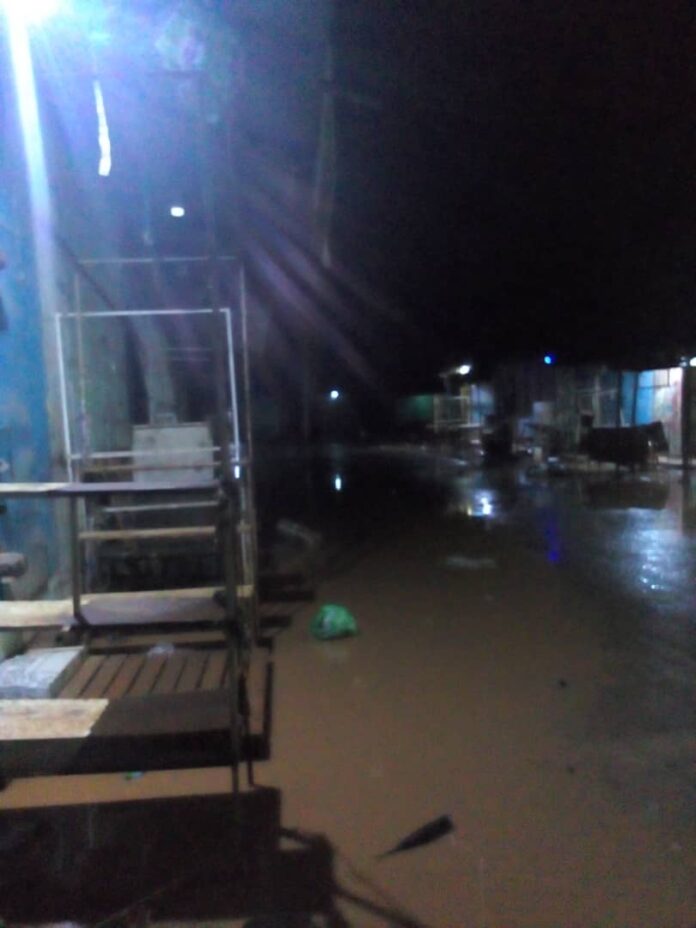 Neighbourhoods in the vicinity of Brikama remain alert as thieves target overnight rainfalls to break into shops and homes to steal valuables. Several residents in Brikama who spoke to The Fatu Network in this interview have said that stealing is becoming rampant during night rains hence many people are usually indoors and often not alert to outside noise.

“I have a shop at the Brikama market, but I was unable to reach home at Jamisa due to heavy rains. At the time I arrived home I show someone wearing short trousers entering my house. But he ran away as I approached him,” Sheikh Mbye, a tailor said.

Many market vendors and shop owners, especially tailors close late from work and trek a distance to their residents.

“Sometimes if you don’t carry an umbrella, you have to stand somewhere otherwise your phone and other materials could be spoiled,” Sam Fatty told this medium.

Neighbourhoods such as Durumakolong are risky areas during nighttime. Incidents of attacks on people are common there, especially during night rains.

“I used the main Jalangbang highway to get to my house because I don’t trust using the road behind the Jambarr-Sanneh. It was raining heavily, and someone was following me,” Abdoulie Jabbi said.

Some neighbourhoods feel unsafe during the rains especially the Gidda and Sanchaba farokono areas where criminal hideouts are many. Alhagie Secka is a civil servant who revealed that he doesn’t sleep at night due to fear of thieves. “Last month they stole my bicycle which I park under my veranda. This happened during night rains. It’s difficult to notice movements and noise during rainfalls at night.”

Residents of Nyambai – puntalana and Santosu also raised concerns about burglary during the night, saying they are always on standby for the fact that thieves are very tactical in their manoeuvres.

“Our house in Santosu is close to the bush, it will be easier for someone to target us and flee to the bush,” Mustapha Nyassi said.

Lamin Sanyang and Edward Gomez, both residents of Nyambai- puntalana pointed out that residents must take precautions against burglars. He said they already formed a vigilante group to monitor late-night movements in their surroundings.

Apart from settlements, marketplaces and other business areas are also targeted.

“I close at night from my shop but always see young men around pretending they come to buy. They look smart and friendly, but I don’t entertain them,” Lamin Jaiteh revealed.

According to retired security officer Buba Njie, thieves always scout for possible targets before embarking on their operations.

“Most of the time they are people you know and are familiar with. Any noise you hear during rainfall at night you have to always check it. Sound of thunder is different from housebreaking.”

According to the weather forecast information from the Department of Water Resources, rainfall is expected to persist during most parts of the period over most places, particularly the western half of the country. Yet this continuous persistence of rains might generate flash flooding in areas prone to flooding, especially the western part.