A CASE FOR JUSTICE IN THE NEW GAMBIA: The Fate of a Nation (Part 3) – By Jamal Drammeh 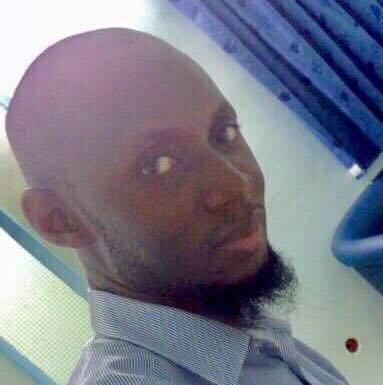 ‘The world is full of judgment days’, but the laws of nature overmasters our actions so that we are punished when we bend its rules. And when we take short cuts, we are made to suffer. To brush aside murders and other heinous crimes against fellow citizens under the guile of reconciliation is not only disingenuous but t is dangerous and sets a terrible precedent for the rule of law and how we value human life.

Neither scripture nor reasoning can supply substance to any pretext for reconciliation before justice takes its course. The empty idea can gain in decorum but never in principle or in substance. If the doctrine of forgiveness and reconciliation precede justice and is adopted as a blueprint for our way forward, it will not serve The Gambia aright. Politics and events can get in the way for a while but a heavy price will be paid for such gross injustice to the victims. It will be crooked passage in our journey and an unholy trajectory towards the fate of our nation.

Governing is a moral art. For a leader to be truly effective, he must be able to inspire faith and confidence. And to inspire the people, the leader has to be trusted and be respected, which comes about by moral elevation and a keen sense of justice. In other words, for citizens to make sacrifices, undismayed by struggles and privations, the leader must occupy a high moral ground and be just in his disposition. In essence, the fate of a nation depends largely on the moral beatitude of the leadership and the public’s faith in the dispensation of justice.

We do no justice to posterity and to ourselves if we decide that the wicket are to be forgiven and the poor victims can accept the delight gratification that they will have their compensation in the hereafter. There is an eminent fallacy in the idea that preeminent forgiveness and reconciliation can be a serious deterrent for arbitrary executions, rapes and other heinous crimes.

In any serious deliberation, equity must be the basic metrics from which to proceed and charter our new path forward. If we resort to expediency to preserve for a short time a semblance of peace and tranquility by subverting equity, we can be sure to pay direly with future crisis and vigilante justice.

When we depart from justice and attempt at securing reconciliation with half-measures that are good for the aggressors but injurious to their victims; fear and hate will forever build for us a natural partition. The victims will rightfully resent the inequity; the emptiness caused by their pain and suffering will be occupied by bitter indignation. The thugs that allowed themselves to used like hunting dogs by brutal tyrant will forever live in fear; fear is a great equalizer and an instructor of a rare sagacity. There is some rottenness wherever fear emerge and cannot be severed from crimes.

Is it fair and equitable to tell victims to wait and be patient in letting justice takes its course, but have many of the perpetrators of their suffrage and the enablers of a brutal regime become patrons of the new government?

What is the wisdom of having folks like Masaneh Kindeh in charge of our nation’s security, when the same people built their carriers in a cultist fashion around a personality?

What type of reasoning or logic give this government the volition that keeping the same capricious ‘hyenas’ around the sheep they were preying on for 22 years – will suddenly evolve into becoming their protectors?

What is stellar in their characters, or what military or political genius do these folks have that would explain why these service ‘prostitutes’ under Jammeh have to be kept at critical positions in the new government?

It is quite disheartening to witness this class of unprincipled military commanders, being given positions of prominence in our new dispensation. Having this group of complicit and morally bankrupt ‘toy soldiers’ around the corridors of power for the second time around is inexcusable, but it is also a form of Russian roulette.

To expect these men to exercise prudence and make a switch from moral turpitude to moral rectitude is an affront to our collective intelligence and an insult to their victims. The deep wounds of so many of these victims hasn’t even begin to cicatrize. I can hardly imagine the hurt of some of these victims on hearing tacit proclamation of innocence by people like Kinteh – that his goons have done nothing wrong.

The APRC, arguably a criminal organization, and its leadership continued to show no remorse for abuses Gambians suffered under the leadership of their party. They still continue to support and celebrate a murderous rapist and a master thief. They still longed for his return and remain dismissive of his innumerable heinous crimes. In their ungratefulness, we are all witnessing their abuse of the new democratic space; something that their “dear leader” was torturing and killing people for.

So why are we now surprised to see that some of Jammeh’s most notorious henchmen have the audacity to boldly enter the country through our main port of entry?

Do you wonder why Umpa, Jarju and Tamba would take such a bold step?