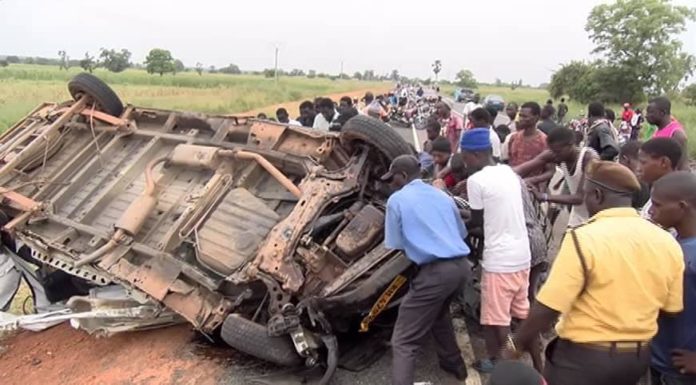 A tragic car accident that happened on Thursday morning at Nyakoi Taibatu is reported to have claimed three (3) lives, leaving many others in critical condition.

According to Basse Multimedia, of the 17 people involved in the accident three (3) people were confirmed dead on the spot while six (6) others who remain in critical condition were referred to Bansang Hospital.

Among them were 9 Mauritanians, including 2 minors less than 5 years old.  2 Gambians, and 1 Senegalese. The nationality of the 3 others was not confirmed at the time of publication.

The two minors according to the nurses at the Basse District Hospital. are all well and stable.

According to sources, the vehicle was hired by the Mauritanians who were en route to their country, unfortunately, it crashed into a tractor along the way, a few kilometres from Basse, due to alleged overseeding.