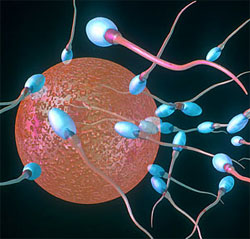 A recent study from Duke University Medical Center, United States reveals that exposure to cannabis or Tetrahydrocannabinol (THC) by men in their child-bearing years alters the genetic profile of their sperm.

The study also revealed that many outside factors can effect sperm, ranging from tobacco smoke to pesticides, flame retardants to obesity, all of which can have epigenetic effects.

The new research shows that THC can effect epigenetics, causing structural and regulatory changes in the DNA of users’ sperm.

The study which looked at 24 men discovered that THC appears to target genes in two major cellular pathways and alters DNA methylation, a process essential to normal development.

The senior author of the study, Scott Kollins, a Professor in Psychiatry and Behavioral Sciences said, “what we have found is that the effects of cannabis use on males and their reproductive health are not completely null. “In that there’s something about cannabis use that affects the genetic profile in sperm.”

The co-author of the study, Susan Murphy, an Associate Professor said “We know that there are effects of cannabis use on the regulatory mechanisms in sperm DNA, but we don’t know whether they can be transmitted to the next generation.”

Murphy added that “In the absence of a larger, definitive study, the best advice would be to assume these changes are going to be there. We don’t know whether they are going to be permanent. “I would say, as a precaution, stop using cannabis for at least six months before trying to conceive,” she stressed.

The News Agency of Nigeria (NAN), reports that Cannabis or Marijuana refers to the dried leaves, flowers, stems, and seeds from the THC which contains mind-altering chemicals and other similar compounds. (Vanguard)