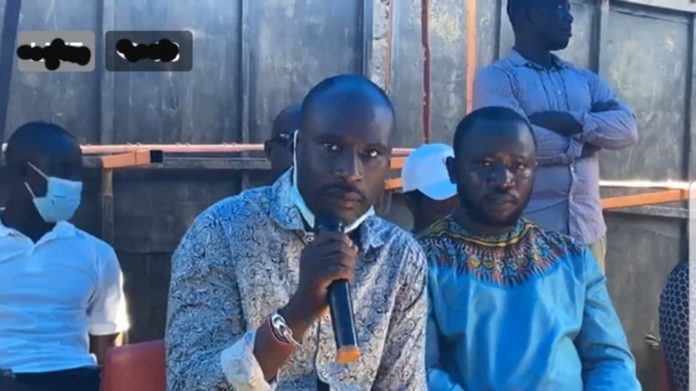 Essa Faal over the weekend called on the people of Brikama to rally behind his agenda for a better future, pointing out that the government has not shown any interest in improving the lives and living standard of the people.

“This government has failed the people. I want to assure you that my government will bring development to every Gambian,” he said. “I will build a standard market in Brikama to ease the burden of our women in West Coast Region.”

Faal further noted that most Gambians live in abject poverty with many not even able to afford house rent, adding that the Social Security and Housing Finance Corporation (SSHFC) does not fulfill its mandate to the Gambian people.

“The Social Security has failed us completely. They build only one estate and since they have done nothing for the people. Many people in the country cannot afford the rent nowadays,” Mr Faal said.

According to him, the Diaspora continues to play a significant role in the country’s economy.

“The Diaspora is very important in the development of the country. Their contribution is huge. My government will not neglect the diaspora,” Faal told supporters at Brikama.

Mr. Faal blamed the Brikama area council for failing its taxpayers by not fulfilling its mandate and its responsibility to the people. He promised Gambians rapid development projects under his leadership.

Speaking about the recent announcement made by the president for the construction of a hospital with a bed capacity of 1500. Faal says Gambia cannot afford to build the biggest hospital.

“Gambia cannot afford to build the largest hospital in the world. The largest hospital is in England and its bed capacity is 1000. How can this government promised us to do so? It’s not possible. They are fooling you. It’s not a hospital but an emergency health centre,” Essa Faal said.

Antony Mendy an executive member of the Turn Around movement said quality education has become a major problem in the country noting that people graduate without being employed. Adding that this has over the years force them to leave the country in search of greener pastures.

“Our youth are leaving this country on daily basis and risking their lives through the back way,” Antony Mendy said. “There is no hope for the youth in the country. The future of the country lies on the shoulders of the young people.”

Kitabu Fatty who endorsed Essa Faal earlier on also called on Gambians to rally behind the Turn Around leader for good leadership. He said that the rate of unemployment is rising in the country and that a government led by Essa Faal will ensure the youths realize their potential.

He said that the government has neglected the youth in the country.

“If we vote for Essa Faal he will change the country where the youth will realize their potential,” Kitabu Fatty said. “He (Faal) is the most qualified candidate for the presidency.”