Campaign: All you need to know about Day 7 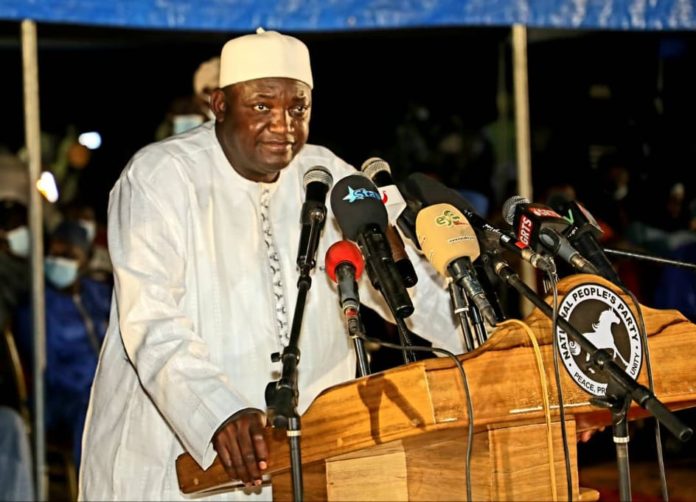 Presidential campaign has entered the seventh day with candidates locked in serious trips in canvassing for votes.

On Monday, all six candidates have a busy schedule with National People’s Party still in Upper River Region for two rallies in Koina and Kulari.

United Democratic Party will be in the Central River Region for rallies in Sarakunda, Arafat, Bakadaji (Nianija) and Batti Ndarr.

Gambia Democratic Congress who only set out on Sunday for campaign will be in Njomen Bantaba, Gengi Wollof, Nioro Tukulor, Conte Bantaba and Wassu in Central River Region.

People’s Democratic Organisation for Independence and Socialism, PDOIS, will be in Banjul while Essa Faal will be in the Upper River Region in Numyel, Nafuggan, Sarre Jatta, Demba Kunda Kuta and Koto and Koba Kunda.

For National Unity Party, the party will be in Wellingara, Bakadagi and Wassu in Central River Region.

Share
Facebook
Twitter
WhatsApp
Linkedin
Viber
Previous article‘Yahya Jammeh tried it and we saw how he ended: Livid Darboe vows destruction to anyone who attempts to destroy UDP
Next articleCampaign Trail: Huge Crowd Welcome Barrow in Gambisara; ‘No Vote for Oppositions’- Residents Chant