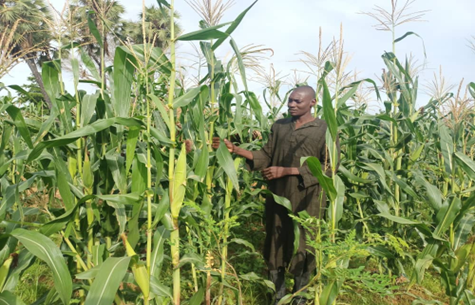 National Farmers Platform – The Gambia has reacted to President Barrow’s state of the nation address (SONA), arguing that government often drafts brilliant agricultural policies and project documents but that the effective implementation of such policies has always been a challenge.

Mr Lamin S. Federa, communication officer of the farmers body told this medium that there are numerous plans and beautiful strategies put in place for agricultural development but the commitment to effectively implement them has been the problem.

He spoke extensively on challenges of farmers and farmers groups, disclosing that access to project loans and farm inputs often delay which negatively impacts timely and productive crop cultivation.

“There are ongoing agricultural projects as stated by the President in his address. Many projects have come and gone, but their impacts are not felt. There are always brilliant agric strategies and policies but are poorly implemented. We urge government to properly direct project funds to address the need of farmers. There are a lot of unfinished project activities, especially in land development.”

“The fisheries sector is almost struggling. The National Agricultural Research Institute (NARI) has limited resources to satisfy the research need of the production sector. They cannot even satisfy us with the seeds we should grow. All these need to be solved if we are to achieve our dreams of sustainable agricultural production, food and economic security.”

“Despite the challenges in harnessing agricultural production and productivity, hopes are high to get bumper harvests at the end of the cropping season. This could be related to the efforts made by farmers couple with inputs and implements (seeds and simple farm tools) supports by the Ministry of Agriculture to improve production.

According to the President’s SONA, the agriculture sector has registered an increase of crop production above the national average and that production level of crops such as paddy rice, maize and groundnut has improved.

The President said, in a bid to boast the income of farming households, his government has invested heavily to modernize agriculture through donor funded projects.