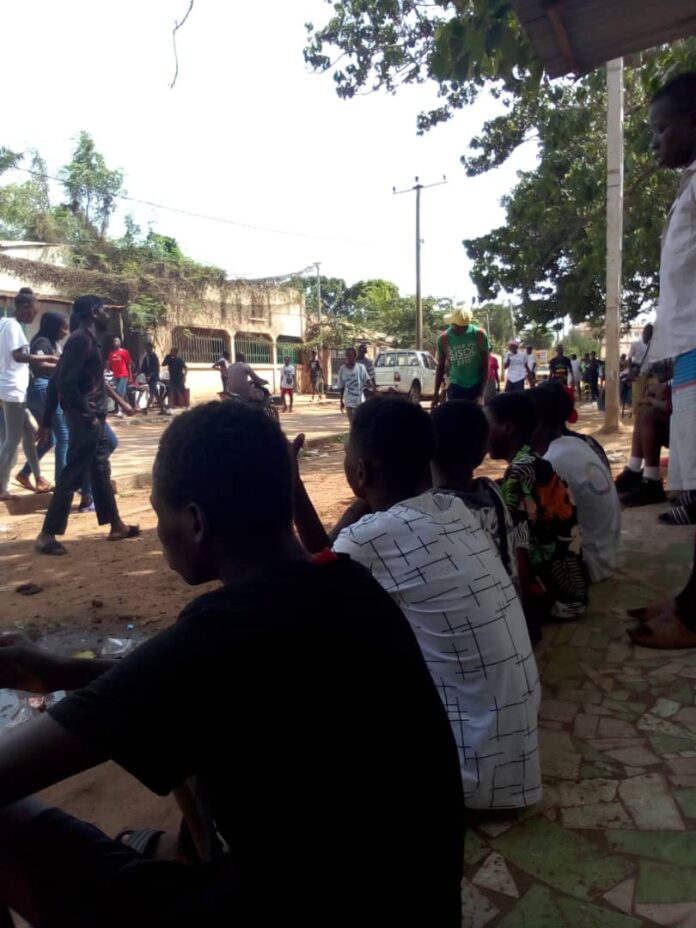 The majority of citizens residing in the settlements of Brikama North and South have raised concerns about the limited period allocated for the ongoing electronic birth registration per village.

Unregistered citizens who spoke to The Fatu Network revealed that the process of e-birth registration is slow and the allocated time frame for the campaign would not be enough to register the entire residents, especially children who need it most for school enrolments.

The e-birth registration process in the Brikama North and South settlements happened between August 29th – 3rd of September 2022. The registration team already moved to Kombo East and Foni. The activity is being carried out according to a timetable from the Ministry of Health.

“I came to the registration centre in Brikama Newtown, I joined the queue but due to poor internet, all the people on the queue could not be registered. I tried the second day, but I was unsuccessful again,” Ebrima Barry Said.

In the Brikama North and South, many settlements had long queues of people mostly women and children. Manduar, Kembujeh, Jalanbang, Kitty, and other localities could not register the majority of their people.

“The first day in Brikama- Misira, there was no electricity, and it was rainy which affected the process of e -birth registration. They had to put on a generator, and few were registered,” Lamin Badjie asserted.

The Ministry of Health earlier in a press release said obtaining an e- birth certificate is free during the mass registration period but clarified that an affordable token will be charged after the completion of the campaign.

“If they are saying that some amount of money will be paid if they moved to the health facilities for e- birth registration, it will be difficult for some people. That is why we were rushing to get registered but unfortunately for us, the period allocated for our area has elapsed and we have to wait until they start issuing at the health facility,” Kitty native, Famara asserted.

The amount to be charged at the health facilities is yet to be known and some citizens fear that if it’s high, they might not afford it.

“My family is large. I have 8 children and therefore if the amount is huge, it will be difficult for me. More time is needed for the e- birth certificate registration. It’s a new initiative and they should extend it to 6 months,” Lamin Demba proposed.

In Kembujeh village, Brikama North, many residents said they are yet to be registered and some even could not produce the required documents to be submitted to the registration centre to get an e- birth certificate.

“My father is away, and my mother is not alive, I need time to put together documents to get registered. The one-week period doesn’t favour me,” Sulayman Saidy pointed out.

Jalanbang and Manduar residents were also contacted for comments, and they made similar sentiments calling for an adjustment to the campaign period deadline to enable other citizens to be registered.

“The process requires time; putting papers together, join the long queue which is compounded by poor internet and routine verifications,” Sanjally Baldeh stressed.

The e- birth registration has now moved from the Greater Banjul areas to provincial areas and the challenges remain the same.

Share
Facebook
Twitter
WhatsApp
Linkedin
Viber
Previous article“Four Days Without Food: We Have Been Asked To Leave Our Temporary Shelter” – Flood Victims
Next article‘Indiscipline Thief’ Who ‘Needs To Be Curbed’ Sentenced To 6 Years In Prison