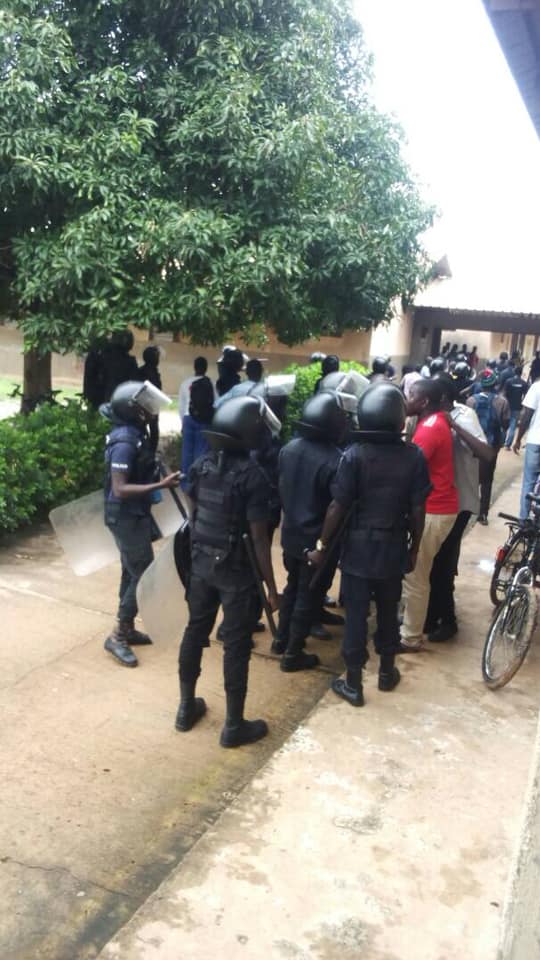 There was tension in Farato on Saturday as armed men of the Drug Law Enforcement Agency clashed with civilians.

The Fatu Network has learnt that a team of drug law agents have engaged in violent clashes with a group of youths with shots fired in the air at a farm in Farato.

Scores have been injured as a result of the clashes, one Buba Jobarteh who reached out to The Fatu Network said.

The clashes was between drug law enforcement agency PIU officers and a group of youth, Jobarteh added.

The Fatu Network understands fighting broke out after the drug law agents attempted to arrest some youths who were believed to have been in possession of cannabis.

Share
Facebook
Twitter
WhatsApp
Linkedin
Viber
Previous articleStand Against Authoritarianism Before It Gets Stronger and Bigger! The President Cannot Sack a Member of Parliament!
Next articleOMVG: Electricity is a Major Catalyst for Development – Barrow