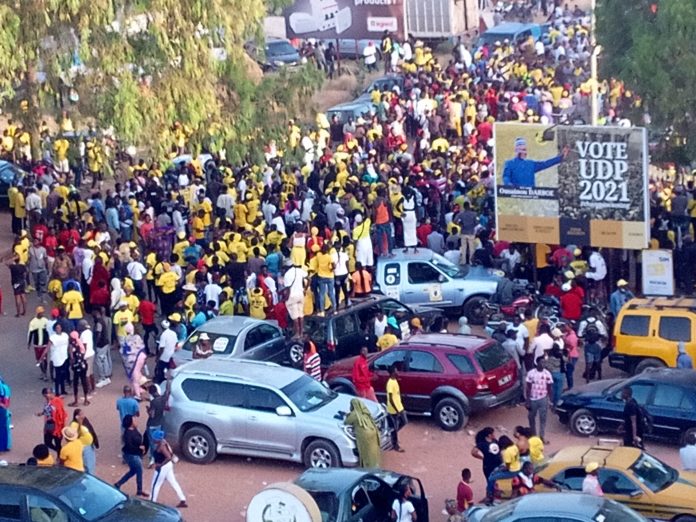 Supporters of the United Democratic Party (UDP) have staged a protest as their leader Ousainou Darboe challenges the validity of the recently announced presidential result.

The protest is in direct response to Saturday’s polls which according to the official result announced by the IEC saw incumbent President Adama Barrow pulling 457,519 of the valid votes cast, whilst his close contender opposition strongman Ousainou Darboe pulled 238, 253.

Meanwhile, international observers, including the African Union (AU), ECOWAS, The Commonwealth among others have commended the Gambian people for the conduct of elections that are generally considered free, fair and credible.