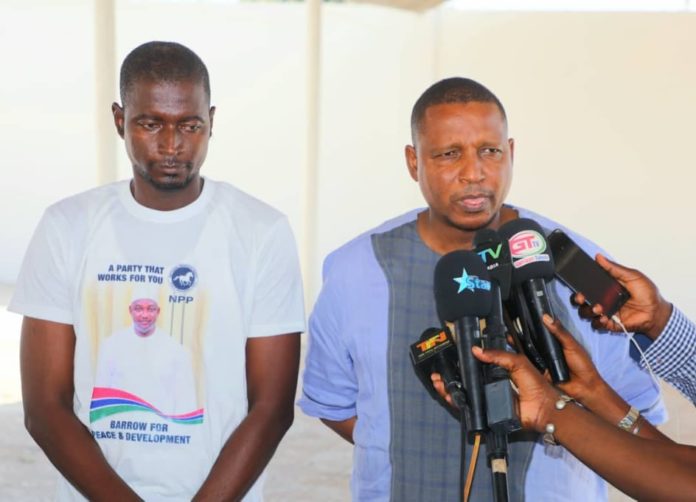 Papa Faal an Independent Presidential Candidate whose nomination was rejected by the Independent Electoral Commission (IEC) is the latest candidate who endorsed the National People’s Party (NPP) after a lengthy discussion with President Adama Barrow.

On Tuesday night, Papa Faal pledged support to President Barrow during his campaign at Kuwonku, Wuli West. Papa Faal was also speaking to the press immediately after meeting with President Barrow at his residence in Mankamang Kunda.

He said that they have agreed to support President Adama Barrow to contribute in the development of the country.

“I have endorsed President Barrow because of the respect and honor he has for my late grandfather (Former President Jawara),” he said.

Faal added that his coming to join the president and his grand coalition will help immensely in the development of the country. He said they have been working tirelessly to ensure the legacy of their late grandfather is protected. He assured their timely support to the president as he confirmed that supporters have agreed.

Seedy Njie, Deputy Spokeperson of the National People’s Party (NPP) welcomed Papa Faal to Party while noting that his coming will add value in the party. He said Papa Faal didn’t come to NPP just to see the president win the election but to transform the country to the next level.

Njie urged all the candidates who endorsed the party to feel comfortable while awaiting victory in December. “Welcome to the party and feel free,” he ended.