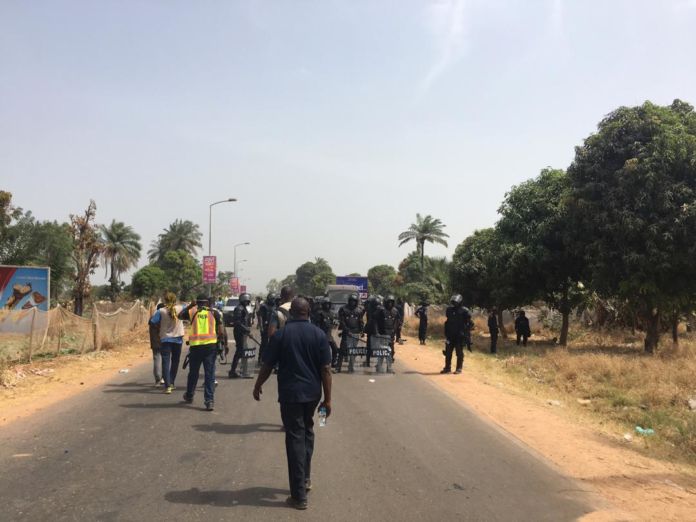 Hundreds of Three Years Jotna members clashed with police on Sunday as they took to the streets to demand President Barrow’s resignation.

The government in a statement late Sunday said the group is an illegally group, announcing its banned from ‘ever’ operating in The Gambia.

“…Operation Three Years Jotna is rendered a subversive, violent and illegal movement that has all the attributes of a subversive group determined to illegal unseat the constitutionally elected government of President Adama Barrow and is therefore banned forthwith,” the government said in a strong statement read on GRTS.

Share
Facebook
Twitter
WhatsApp
Linkedin
Viber
Previous articlePolice take into custody one of their own who left his post to check on his ‘stabbed’ brothers
Next article137 people including Three Years Jotna’s trio leaders of Abdou Njie, Kitim Jarju and Camara Bah arrested over Sunday’s protest