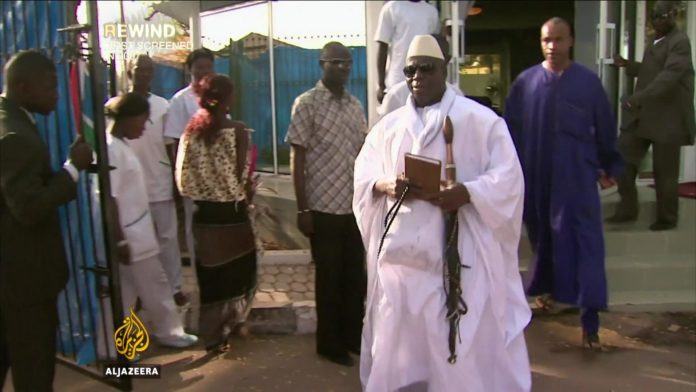 Isatou who traveled on board Royal Air Maroc, was intercepted immediately upon arrival. She traveled from Equatorial Guinea where Jammeh currently lives in exile. She was travelling with a Gambian service passport issued to her by the former Government. The passport is currently with The Gambia Immigration Department.

She is a relative to the former President, Yahya Jammeh who left The Gambia in January 2017 with her, his wife Zeinab and their son Muhamed. She is one of the longest serving staff of the Jammeh family.

She is currently being investigated by security officials.