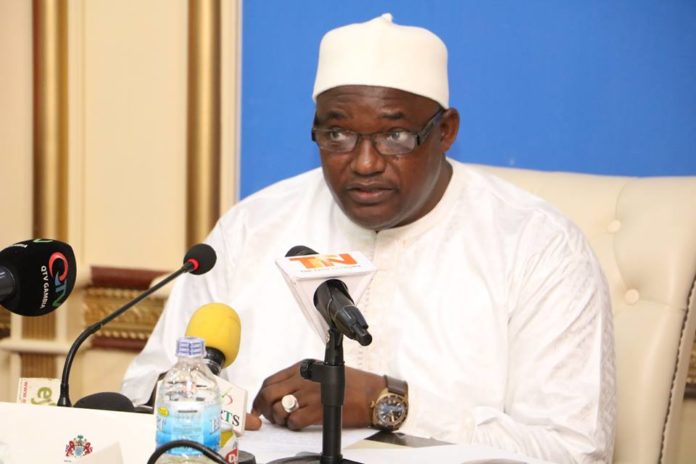 UDP leaders including Mr Darboe were jailed in 2015 after they took to the streets following the death of Solo Sandeng.

During their trial, UDP supporters usually converge at Mr Darboe’s house before embarking on a 10 kilometers journey to Banjul to attend court sessions.

UDP supporter Bintou Nyabally told the TRRC on Monday soldiers invaded Darboe’s compound during those difficult days, claiming then UDP stalwarts of Adama Barrow and Lamin Cham ran to hide in one incident.

“Soldiers came, stood at the gate and were insulting. Lamin Cham was there, Adama Barrow himself was there. They all ran and hid. It was the women who came out and were trading insults with the soldiers,” Nyabally told the TRRC amid laughter from the probe’s lawyer Essa Faal and his assistant Horeja Bala Gaye.

The TRRC resumed its public hearings on Monday after two weeks of recess.

Monday’s sitting marked the 9th session of the investigation and will hear testimonies surrounding issues of sexual and gender-based violations that occurred during former President Yahya Jammeh’s 22 years rule.

Bintou Nyabally was the second witness to appear before the commission on Monday and during her testimony, she claimed she was raped by two police officers. She said the incident happened during her detention in 2016.