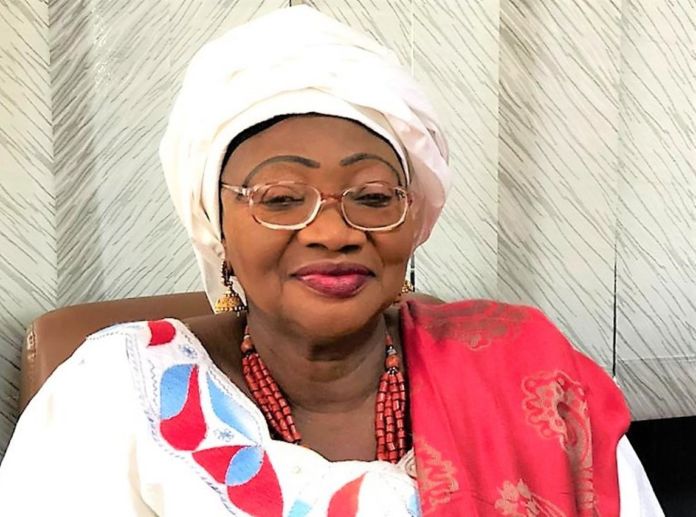 The Gambia OIC secretariat has appointed Binta Jammeh-Sidibeh as the head of the local organising committee for the 16th heads of state and government summit of the Organization of Islamic Cooperation which will be hosted by The Gambia in 2022. The appointment took effect on 1 February.

A statement by Gambia OIC Secretariat on Wednesday said: “Mrs. Jammeh-Sidibeh is a seasoned public administrator (retired) and a renowned gender activist who served in various capacities in The Gambia and beyond for more than four decades. She is the current representative of The Gambia on the Turkey-based O.I.C. Women’s Consultative and Advisory Council. She also doubles as the Chairperson of the Gender Policy Committee of the O.I.C. General Secretariat, which is based in Jeddah, Saudi Arabia. In the past, she has presented reports on behalf of the Government of The Gambia at O.I.C. Ministerial Conferences on Women in Azerbaijan and Turkey, respectively.

“Mrs. Binta Jammeh Sidibe is widely recognized as a strong advocate for women’s empowerment in the country. She is the current Executive Director of the Association for Promoting Girls and Women’s Advancement in The Gambia (APGWA). Previously, she served as the Executive Director of the Women’s Bureau. Mrs. Jammeh-Sidibeh is the recipient of several national and international awards including the Insignia of Member of the Republic of The Gambia (M.R.G.) conferred on her by the President of the Republic of The Gambia, and special recognition awards by the United Nations and Amnesty International Germany.”

Mrs. Jammeh Sidibeh said following of her appointment: “I am very happy about it. It is a call to national duty to contribute my quota yet to the national development of this country. For the OIC Gambia Secretariat, I would like to see us be successful in this big assignment, which is the hosting of the summit in 2022. I will bring my committees together immediately to work hard and achieve our objective of having a summit second to none.”

Reacting to the appointment, the Chief Executive Officer of the Secretariat, Mr. Yankuba Dibba said the new LOC Chair brings a wealth of relevant experience to the job.

‘‘We are hopeful that her coming will add great value and vigor to the ongoing project implementation works. I do not think we could have a better candidate’’, CEO Dibba remarked.

In her new role, the Chair of the L.O.C. will oversee and coordinate the works of the various sub-committees responsible for the implementation of the different projects ahead of the 2022 Summit in The Gambia.

Share
Facebook
Twitter
WhatsApp
Linkedin
Viber
Previous article‘My opponents are spinning it’: Darboe speaks on tax troubles for the first time as UDP leader says he would have served a jail term if he had committed a crime
Next articleFrom TRRC to now the courts! Alagie Kanyi once more leaves nothing in concealment as he lays bare how he, Yanks, Edu and others bludgeoned Koro Ceesay to death