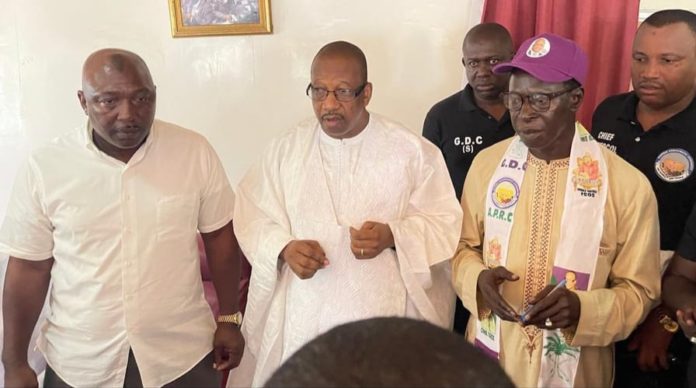 Gambia Action Party has tapped Jalal Camara as the interim leader of the party as the suspension of Ayatollah Musa Ousainou Yali Batchilly continues.

GAP announced on Saturday it has agreed to back GDC for the December election. Leaders of GAP, GDC and former president Jammeh’s No Alliance Movement met on Sunday to put pen to paper.

New GAP interim leader Jalal Camara signed on behalf of GAP. He was appointed by the party last week.

The party’s leader Batchilly was suspended after he publicly endorsed President Adama Barrow without his party’s consent.