Barrow Slams his Critics as Idiots 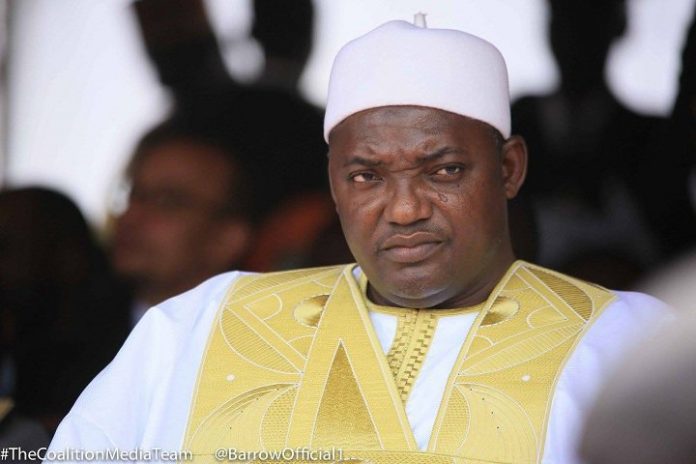 President Adama Barrow has said that it is only an idiot who will kill a lion and offer it to vultures.

The President stated this while meeting with citizens of Kombo South at State House at the weekend.

The President said: “They’re saying there is a lot of talk. But look at those talking, how many people are talking. If you count them, if you profile them even what kind of people are talking? That’s when you will know the people talking. Gambians are not talking. Imbeciles are the ones who’re always talking. But those who know government, know how government business is done, do not talk. Those people are keeping quiet and will not talk.

“But one thing I will tell people for it to be clear to Gambians, we fought here until Gambia pulled herself. But if you are a hunter, you go to the bush fight with a lion and kill it… It’s only an idiot who will kill a lion and offer it to vultures to eat. To kill a lion and give it to vultures to eat it? That will never happen. If they think it will be easy, it will not be that easy. Yesterday those people who were afraid and we were bold are today the people asking us to be afraid and for them to be bold is that possible?”