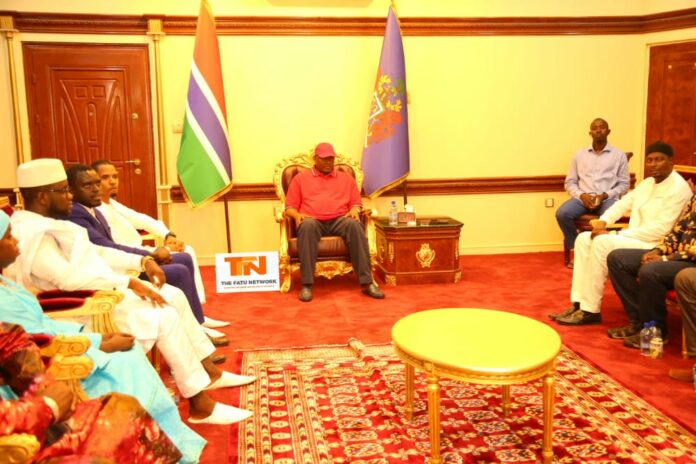 Political Science professor and leader of the Citizens’ Alliance (CA) party made headlines today October 1st after announcing his party’s coalition with President Barrow’s National People’s Party (NPP). Dr. Ceesay, who has been known as a staunch critic of the Gambian president has told local media that the Citizens’ Alliance party has decided at the executive level to coalesce with the ruling party to support the government’s agenda.

“It is a partnership and an alliance with the NPP to work for the interest of this country. And let me emphasize that we see the Gambia first. It is not about Dr. Ismaila Ceesay; it is not about President Barrow; it is about The Gambia.’’

While supporters of Barrow’s NPP bask in their newfound ally, Citizens’ alliance members and the general public share their thoughts on the newfound political romance involving the Gambian President and the Citizens’ party leader. Dawda Ceesay, who has been a member of CA since its launching said he is disappointed about Dr’s alliance with President Barrow, especially at a time when the Gambian leader’s popularity is declining and the country grappling with many other issues including crime surge, and corruption among others. Dawda Ceesay confirmed to this network that he is giving up his party’s membership effective immediately as a result of the alliance.

“I’m just disappointed with everything that’s going on. With Barrow losing popularity regarding the high crime rate, corruption, and high influx of potent drugs, the least CA could do is to form an Alliance with NPP who are in bed with APRC and are planning to find a way to bring Jammeh back. To say I’m disappointed is an understatement. How can CA convince Barrow to tackle corruption and the high mortality rate of women in hospitals? I wish them all the best.’’

Asked about his future in the party after it decides to go into a political marriage with Barrow, and whether this is the end for him, Ceesay said: “Yes, I am out.”

National People’s Party’s spokesperson and Deputy Speaker of the National Assembly Honourable Seedy Njie said the new alliance has been months in the making. Njie said the alliance is in the greater interest of the Gambia and her people.

“The President has asked all NPP supporters in the country and the diaspora to welcome and work with CA in all structures and levels.”

Meanwhile, the new NPP-CA alliance has also raised eyebrows in the context of the forthcoming local government elections. Some observers offer this explanation: They believe Dr. Ceesay might be selected by the NPP to contest the Brikama Area Council Chairmanship, a position that is already being sought by one of the founding members of the NPP, Ahmad Gitteh.