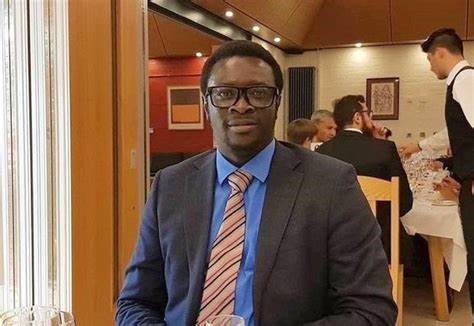 Legal luminary Barrister M. Robertson Roberts has risen to the defence of UDP leader Ousainou Darboe Esq. According to Roberts the utterances of Darboe may be misconstrued and even twisted to fit the narrative that best sells the various political and personal agenda that helps fuel such goals.

Darboe he says has no tribal bone in him. He notes that a man who leads the most diverse political party by way of ethnicity, status and membership cannot be labelled a tribalist.

“It makes no sense that a man who leads the most diverse political party by way of ethnicity, status and membership can be labelled a tribalist; not only is this notion problematic in form but it is also false in substance. Let me state for the records, and regardless of what anyone thinks or feels (I honestly do not care) that the last man on earth that can be labelled a tribalist is Honourable Ousainou Darboe.

The man has absolutely no tribal bone in him. Of course, he is a Mandinka and must make reference to his tribe just as I will continue to make reference to my ethnicity as an Aku. This is much my right as it is his right,” Roberts notes.

He further noted that Lawyer Darboe is a leader of a political party and he will say things that are definitely a safeguard for his party. He went on to explain that Darboe like everyone else has the right to defend himself against false accusations and speak to correct facts in the public domain that are not a reflection of who he is or what his party stands for.

He however acknowledged that Darboe should neither have used those words nor spoken in the tone he spoke, but said those are moral issues that no one possesses the yardstick to measure.

“A journalist speaks on things that are ascribed to himself and his party. He comes out with a rebuttal and suddenly because he mentioned the word Mandinka his rebuttal suddenly becomes a tribal remark?

Do you know how many times I have asked people if they hate me because am black? Does this in anyways suggest that am racist?” he asked.

He went on to call on Gambians to for once think about productive things and engage in discussions that can profit them as a people.

Suggesting that the Gambian people begin to have conversations that will lead to their progression as a country and or bring technological advancements that will make the country the pride of everyone.

“Why is it that some of us who have a large following in the media or have platforms that people follow won’t speak peace but rather choose to create a wider division in our country? Every man must have a right to defend himself and be it lawyer Darboe, President Barrow or myself, we are and should be entitled to defend ourselves and our positions robustly and with all-out might and strength,” Roberts Esq said.

Adding that it is alright to label him as Darboe sympathizer, “but so what if I am? It is my inherent right to do so and if you choose to pin that misconception of a badge on me, I will proudly wear it with utmost glee. Look around you and it will not be so difficult to pick the actual tribalist from amongst us for indeed their very lives are rooted in same,” he concluded.