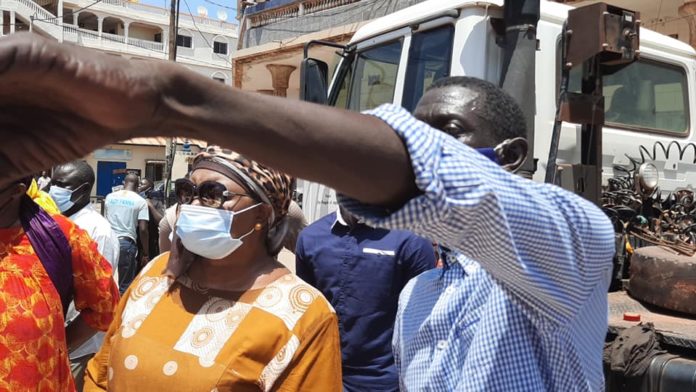 A statement on Banjul City Council Facebook page Sunday said: “After receiving the sad news about a storey-building that collapsed @ Hagan_ Anglesea junction in Banjul leaving some people injured.

“Mayor Rohey Malick Lowe and team visited the family involved in the incident and sympathised with them. She then went to the site to have first hand information about what happened.

“This is very sad and I urge the authorities responsible(ie Department of Physical Planning) to be more careful in the way of issuing and controlling of building permits in the City for residential purposes, and to be constantly inspecting all the old buildings, inorder to avoid such disaster; she said. However warehouses shouldn’t be erected in residential areas of the City; she concluded.”

Share
Facebook
Twitter
WhatsApp
Linkedin
Viber
Previous articleThe man who walked to Mecca: The life and times of Sheikh Jarjusey
Next articleNandou’s associates push back at foreigner cartel claims – as they insist the businessman has been in the country for 30 years and has helped grow Gambia’s economy