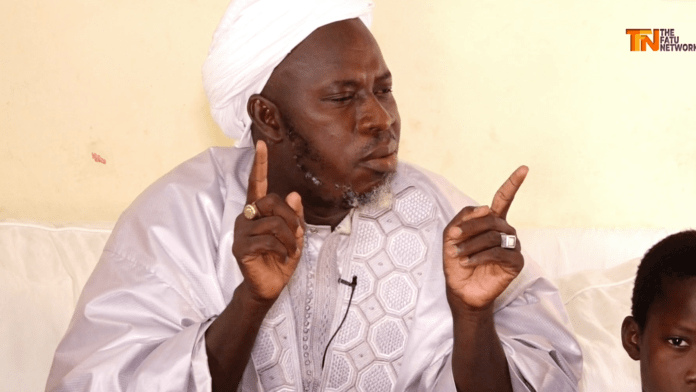 Former NIA boss Yankuba Badjie came to Ba Kawsu Fofana’s house in Sukuta to arrest him only for the top cleric to vanish into thin air while the two men were in the same house, the TRRC has been told.

Ba Kawsu Fofana is a fearless Islamic preacher who wasn’t afraid of speaking truth to former President Yahya Jammeh. As a result, he was arrested in May 2012 and taken to the NIA where he was tortured.

In August of 2012, a group of NIA officials led by their boss Yankuba Badjie returned to Ba Kawsu’s house to arrest him for a second time, Omar Fofana, a brother to Ba Kawsu told the TRRC on Thursday.

Fofana Jnr had first detailed how Mr Badjie tried to lure Ba Kawsu into a trap by telling him then-president Yahya Jammeh wanted to see him and give him some money. The incident took place in Ramadan.

Yankuba Badjie in the end informed Ba Kawsu that they could not leave him behind.

Omar Fofana said: “Ba Kawsu asked him to let him have his dinner. I then went to my dad who asked me to call Yankuba. He came to my dad who told him he would pray for them in order for them to leave his son alone.

“He told my dad it was Ramadan and nothing bad was going to happen to B Kawsu. That the president was just going to ask for his forgiveness and give him money.

“I then went to Ba Kawsu and told him it was bad omen and he responded in the positive. He asked me what we would do. I’d gone to call people. I’d wanted to fight.

“Ba Kawsu then asked Yankuba to let him pray two rakahs. He was with him in his house. Yankuba had asked his men to surround our compound.

“Ba Kawsu then prayed and then from Yankuba, those in the house, our father and everybody, it’s only God who knew Ba Kawsu’s affair (disappearance).”