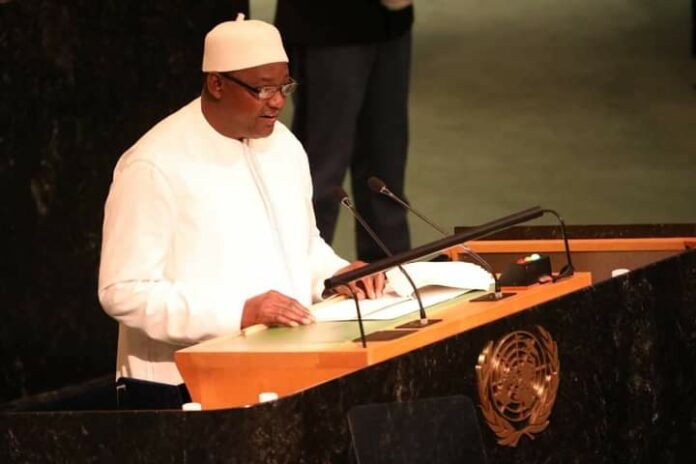 Following reports of the Gambia winning a food security grant from the United States Department of Agriculture, the Farmers Platform, the Gambia urges the judicious use of the money to enhance the food production value chain instead of wasting money on flamboyant workshops and consultancy.

The body representing grassroots farmers expressed concern that if the grant is misused it could defeat the purpose of ensuring that farmers produce enough food crops to ensure food security.

In an exclusive interview with the communication officer of the Farmer’s Platform, Mr Lamin L Fadera expressed gratitude to the government for their efforts in winning the huge grant which is beneficial for the development of the food value chain and agriculture in general.

“The awarding of USD28.5 million by the USA to improve Gambia’s food security program is indeed a welcoming one, and I hope it will be a turning point for improving agricultural production and productivity. USD 28 million can positively contribute to the Gambia’s food security struggle if it is properly utilized. We should graduate from developing and validating strategies and blueprints and focus on the practical implementation of the strategies to meet the food demand of the nation,” Mr Fadera said.

Mr Fadera further revealed that the amount will make no impact if it is spent on consultancy and meetings instead of production enhancement, research and technological enhancement to stabilize the production value chain. He says the attainment of the country’s food security could be quickly realized if the available resources are effectively utilized

“This fund should be used to develop the poultry sector, livestock, and rice production to stem the importation of the products and by-products of these sectors to attain food and nutrition security. Gambian farmers really appreciate the effort of the government towards mobilising the necessary resources for the development of agriculture and we shall continue to embrace programs and projects that are meaningful to ensuring food and nutrition security.”

“There are a lot of challenges still affecting Gambian farmers which must be solved. Vegetable gardening is challenging with animal intrusion, fertilizer and farming tools are not affordable to ordinary farmers and many other issues at hand. We must filter the money to the grassroots.”

Food security, according to experts, is the availability of sufficient food for the population of a particular locality. It’s often a result of effective agricultural practices which ensure that food crops are cultivated in abundance to avert shortages. It could be hampered by poor rainfall, disease outbreak and soil erosion.

In other to improve the incomes of farming households and eradicate hunger and poverty in the Gambia as promised by the President during his State of the Nation Address (SONA), the government was able to win an award from the United States Department of Agriculture (USDA) of $28.5 million to assist the country’s food security program.