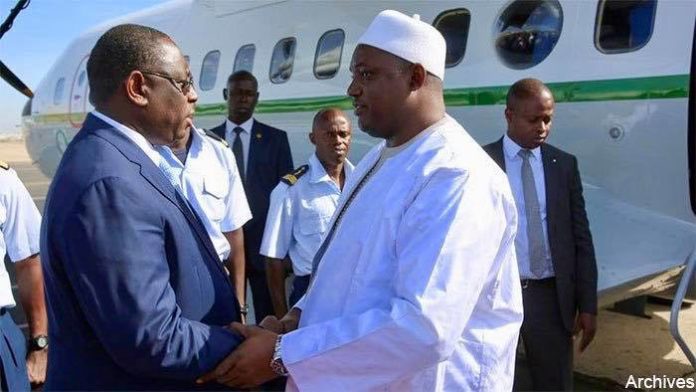 It has been more than a full decade since you came up with the idea of an epistolary exchange between the two us while you sojourned in the realm of the Hanoverian Lady at Buckingham Palace and I studied in Atlanta during the reign of George W. Bush. A lot of water has gone under the bridge since then and as the social media world luxuriates in the #10YearChallenge, I thought I might as well poke you with an epistle on the upcoming inauguration of the Transgambia Bridge to be presided over by Presidents Macky Sall and Adama Barrow.

There have been many events in the history of our little town, and the greater entity it happens to be a part of, called Mama Africa, but this upcoming ribbon-cutting event, is sure to stand out as one of the most momentous in our history. I have heard many legends about the quest for a bridge on the River Gambia across the Yelli Tenda Bamaba Tenda segment; and one of them happened to be a narration of how former Vice President, the late Sheriff Mustapha Dibba doggedly refused Leopold Sedar Senghores overtures for the construction of this bridge by demanding that our brothers on the oter side of the border pay a ‘ransom’ worth 25 bututs for every bottle top of water in the part of our river that was going to be bridged-Lol! What a story!

Fast forward to January 2019, and I sat in a GRTS panel to discuss the history and economics of the bridge that has become a reality. Our mutual pal and intellectual giant Hassoum Ceesay told me that the late Sheriff Dibba was actually one of the

strongest advocates for the construction of this bridge. And Lo and behold, it was one of the progenitors of the negritude thought who was averse to the construction of this bridge at the time, thanks to the negative advice of his then Tubab Finance Minister, the French man, Jean Collin; what a travesty my good friend; what a blemish on the record of the good old poet and cultural icon! How fallible we remain as human beings despite our best intentions and philosophies!

My good friend, it was a great panel with our historian friend Hassoum (that might be aired later this week on national tv) and I will not give you all the scintillating facts that he dropped in that enriching conversation but I must tell you that Hassoum made me smile when he revealed that the quest for a bridge across the River Gambia predated independence and that one of the greatest tangible efforts made in this direction, came not from the white colonial masters or our less iluustrious cousins from Kiang (Lol!) but from my great granny the legendary Chief Mama Tamba Jammeh who acutally put up a bridge across the Bao Bolong! This feat, according to Hassoum, actually inspired Cherno Baldeh, the Prince of Fulladu (and son of Musa Molloh), to also put up a temporary bridge linking Sankulay Kunda and George Town.

Indeed I must pay tribute to former President Sir Dawda Kairaba Jawara for the efforts he put up in securing funds for the construction of this bridge even though the poject never saw the light of day during his era. The foundation stone for this bridge was to be laid during the reign of former President Jammeh but the antecedents to that as well as the nature and circumstances of the laying of the foundation stone for the bridge left me less sanguine about the possibility of completion and hitch-free launching as well as operation of the envisaged bridge.

Sheriff, it is true that “man proposes and God disposes”; and you would agree with me that in this earthly chess game in which we all remain virtual pawns we are all at the mercy of that Great Hand of Destiny. So we must then pay tribute to the Kings in this game whose reign happened to have coincided with the fruition of the long-cherished dream of a Transgambia Bridge.

The vision and demeanour of Presidents Macky Sall and Adama Barrow just seem to be the perfect match for the inauguration and operation of this new bridge. Cooperation across our synthetic borders is the key to progress in Africa. That is why I made the following statement in my book “Strum Your Kora: Conversations with Macky Sall” in relation to this bridge project:

This project is reason for me to rekindle hopes for progress on the African integration agenda. It is projects and accords like this that inspired me to write the following poem on our beloved continent:

Gold in your sand

How can I understand

Will not till this land

Will not fill your harvest pan

This is the time to think and plan

Change the way you govern your land

Heed the clarion call of Nkrumah

March together united we stand

This is what Mandela understands

There for each other love in our land

Therefore, Sheriff, my title for this epistle should not baffle you much because the kind of “Alternance” I wish for, and dream about, is not a frequent change of leaders but a change of thought, of paradigm, from rhetoric to praxis. If frequent change of leaders would bring in the real change that our people yearn for in their lives, then Nigeria would have been a paradise on earth by now. So I take my cue from realities like Malaysia and Singapore and not fine-sounding theories.

We have spoken and written about regional integration for decades but the construction of this bridge trumps all the talk for it is indisputable truth that “actions speak louder than words!”

So blame me not my good friend if I should desire and pray that President Macky Sall wins the upcoming election in Senegal and also that President Barrow completes a full term of 5 years as mandated by our constitution, and also seeks another term according to the laws of the land. With the two gentlemen at helm of affairs in our re-energised Senegambian tango, the subregion and the continent at large would be better off for it. Truly there can never be any serious integration at the level of ECOWAS or the African Union if the Senegambian dream remains elusive.

Have a nice weekend my friend and I hope to see you at the launch of this bridge; perchance, we can do a tango to the tunes of Youssou Ndour and Jaliba Kuyateh, the distinguished guest artists for this most auspicious occasion.