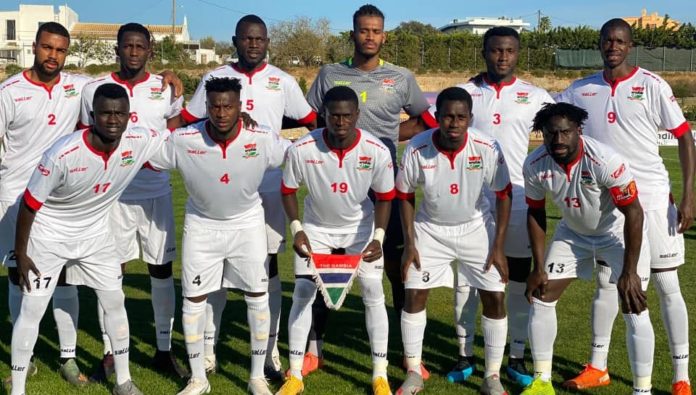 The Ministry of Youth and Sport could not access required funds to finance The Scorpions’ training camp in Comoros.

The Gambia was supposed to join the rest of the world for friendly international matches this week but paucity of funds has caused chaos.

In a joint statement on Saturday, the Gambia Football Federation and the Ministry of Youth and Sports said: “The Gambia Football Federation (GFF) and the Ministry of Youths and Sports regret to inform its stakeholders and the general public that the proposed training camp for the Senior National Team slated between 30th August to 8th September 2021, to be held in Comoros has been called off.

“This decision is necessitated by the inability of the Ministry of Youth and Sports to access the required funds to finance the training camp. When the situation was communicated to the GFF with the options of either the GFF pre-finance the camping or rescheduled it to the next FIFA Window next month, the Federation tried without success to save the situation by way of pre-financing. Thus, the decision to call it off after due consultations with the Head Coach and other stakeholders.

“The football fans and the general public are being reassured of the commitment of both the Ministry and the Federation to ensure better preparations for our giant Scorpions ahead of our maiden appearance in the African Cup of Nations by ensuring there are training camps in both the upcoming FIFA Windows in October and November.”

Share
Facebook
Twitter
WhatsApp
Linkedin
Viber
Previous articleFaceoff between The State And The Nurses: Can It Be Averted?
Next article‘My CV speaks for itself’: Essa Faal declares ‘I’m the best to lead this country’ but quickly reassures citizens he is not bragging