‘Ask them to show you what they have done’: Essa Faal touts his TRRC work, says his opponents are incompetent 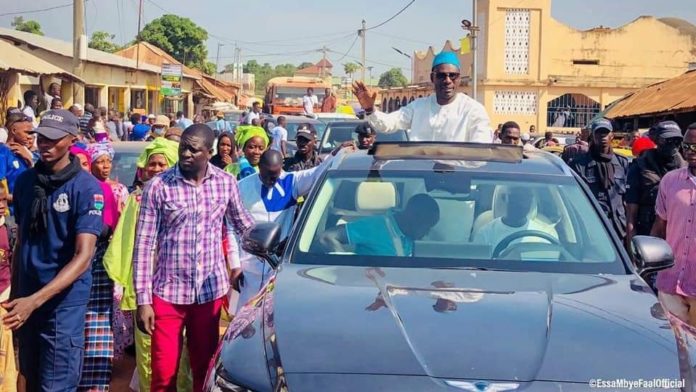 Essa Faal addressed voters in Bakau on Sunday urging them to vote for him as he is the most competent among all candidates seeking State House.

The Turnaround leader insisted he is the only candidate who proved his mettle when he worked for the TRRC as lead prosecutor.

Mr Faal said: “All these six people contesting, each beating his chest that he is the competent. Ask them to show you what they have done here. With all the people they are with and we have seen their results and know they are incompetent. And those people talking when their education is not much, we know they are incompetent. And the others who are talking, no know has seen their results and they have not done anything here.

“You know how it is between us and them. They organized a debate here, they all ran away and the one who came was defeated. So the people know.”

Share
Facebook
Twitter
WhatsApp
Linkedin
Viber
Previous articleWorld Health Assembly to Develop Global Agreement to Prevent and Respond to Future Pandemics
Next article‘I have nothing against Yahya Jammeh’: President Barrow reveals why he doesn’t get angry over Jammeh’s comments