Arch 22 To be Refurbished and Renamed ‘Never Again Memorial Arch’ 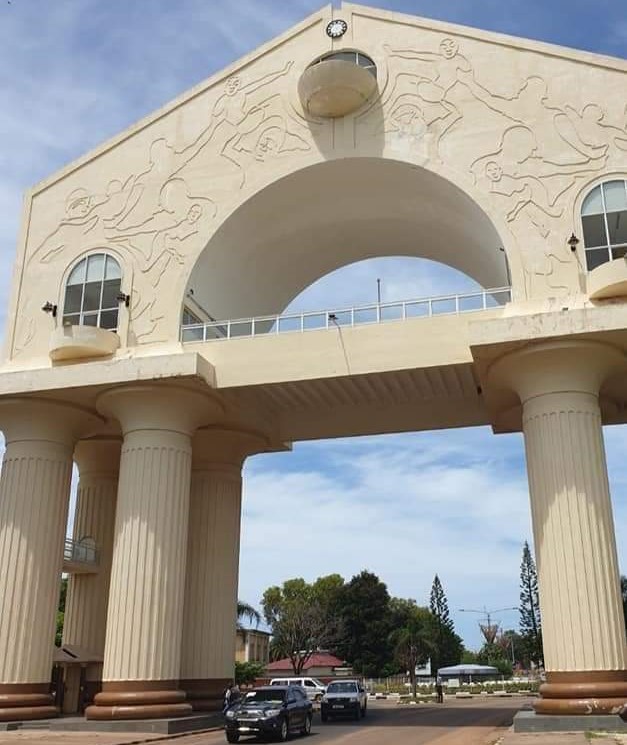 Arch 22 is a commemorative structure which makes a distinctive gateway to the capital city of the Gambia, Banjul. It commemorates the 22nd July 1994 military coup by the Armed Forces Provincial Ruling Council led by Yahya Jammeh.

According to Hon. Dawda Jallow, Attorney General and Minister of Justice the massive structure will now be named ‘Never Again’. This is in line with the Gambia government’s white paper on the Truth Reconciliation and Reparation Commission’s (TRRC) recommendations.

Hon. Dawda Jallow further announced that the name change will be done in honour of the victims under former president Yaya Jammeh from July 1994 to January 2017.

“I am pleased to announce his Excellency the President’s decision to rename the July 22nd Arch to NEVER AGAIN MEMORIAL ARCH in honour of all the victims of gross human rights abuses and violations under the regime of former president Yahya Jammeh.  The Government plans to renovate the Arch and erect a plaque with the names of the victims of the Jammeh regime. It is our hope that this memorial may be repurposed as a fitting reminder that Never Again shall we allow such heinous abuses and violations in our beloved country.”

The minister further said that the government has p Archlans to refurbish the Arch and write the names of the victims of Jammeh there. He said that the memorial agenda will serve as a fitting reminder that never again shall the violations that happened in the Jammeh era be allowed to happen again.

The Truth, Reconciliation and Reparations Commissions investigated the crimes and violations of human rights committed in the Gambia from July 1994 – to January 2017 in The Gambia. The volume has 179 pages. According to the Hon Minister of Justice, the government received 265 recommendations from the TRRC but rejected only two.