Another Warning By The UN, To Intending Migrants. 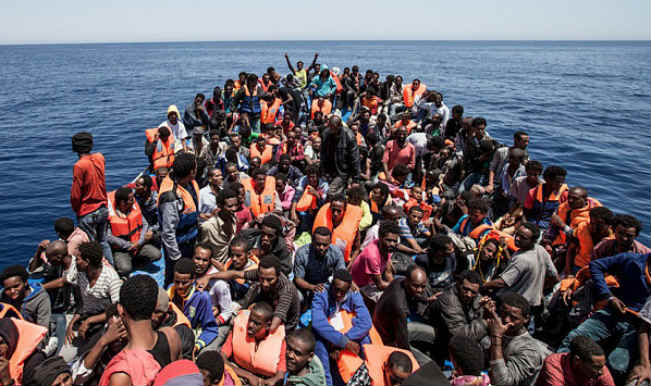 The UN has said that both migrants and civilians face a severe risk of kidnap, torture and execution by armed groups in Libya.

In a report published in March, the UN Human Rights Office said that Libyans and migrants are often kidnapped and detained in dehumanizing conditions, with migrants also at risk of being sold on “open slave markets”.

Over the years, Libya has become a transit country for irregular migrants attempting to reach Europe, many of whom face exploitation, unlawful arrest, abduction, torture, forced labour, sexual and gender-based violence and, sometimes, death.

Speaking at a meeting of the UN Human Rights Council, Andrew Gilmour, UN Assistant Secretary-General for Human Rights, said that “extrajudicial and unlawful killings are rampant.”

According to Reuters, Gilmour said armed groups are “the main perpetrators of grave human rights violations and act with almost complete impunity.”

“In what has become an increasing pattern in and around Benghazi over the last two years, more bodies with signs of torture and hands bound were found in the streets,” Gilmour said.

On his part, Adel Shaltut, charge d’affaires at Libya’s mission to the UN in Geneva, said: “Libya is a victim of illegal migration, it is only a transit country and cannot shoulder all responsibilities. Our coast guards and border guards do not have capacity to face organized crime and terrorism.”

A video by CNN, released at the end of last year, exposed migrants in Libya being auctioned off as slaves on open slave markets.