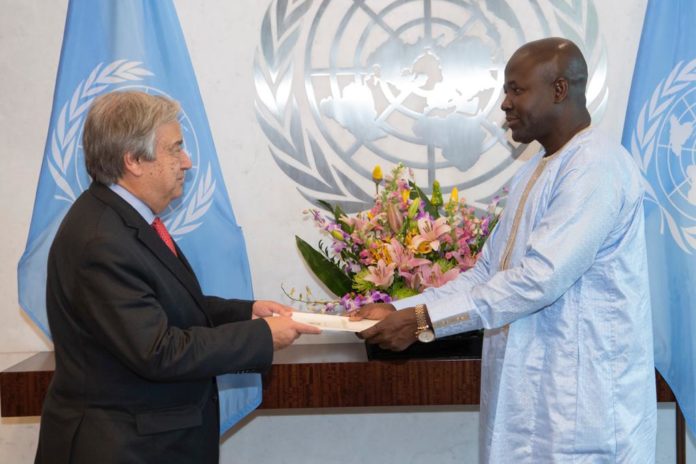 Ambassador Yabou extended the fraternal greetings of H.E Adama Barrow, President of the Republic of The Gambia to H.E António Guterres. He extended The Gambia’s gratitude to the Secretary-General for the support that the UN continues to render to the people of The Gambia. Ambassador Yabou thanked the Secretary-General for the UN’s support towards peace-building activities in The Gambia and assured him of his dedication to the UN work throughout his tenure.

The Secretary-General assured Ambassador Yabou of the UN’s readiness to continue supporting the Gambia Government’s efforts in making The Gambia a success story.

Share
Facebook
Twitter
WhatsApp
Linkedin
Viber
Previous articleIs the absolute majority good for The Gambia?
Next articleHow the Murder of Jamal Khashoggi; lessons Could Upend dissent in the World: