Ambassador Fadera Did Not Die of Poisoning; Coroner’s Report Reveals 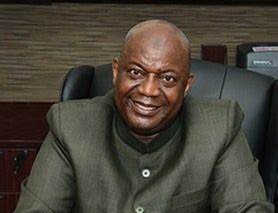 The late Gambian Ambassador to the United States Dawda Docka Fadera did not die of poisoning the recently released Coroner’s Report has indicated authoritatively.

“The coroner’s verdict is that the deceased died as a result of an infection following surgery performed on him at the hospital. The coroner found no evidence of poisoning or other unlawful conduct causing the death,” the report stated.

This puts an end to speculation that the former diplomat was poisoned.

It could be recalled that on 21st February 2022 his Lordship the Hon. Chief Justice Hassan B. Jallow, upon the application of the Attorney General according to the Coroners Act (Cap 7:04 Laws of The Gambia) appointed Her Worship Hon. Sidi K. Jobarteh, then Principal Magistrate as a coroner to inquire into the cause of death of His Excellency Dawda Fadera, former Ambassador of the Republic of The Gambia to the USA.

The inquest started on 2nd March 2022 and ended on 31st March 2022. During the process, ten witnesses including the pathologist and staff of the hospital were questioned.

All the evidence and facts gathered are what led to the above conclusion. The report has been forwarded to the Attorney General and the medical authorities.

Until his demise the Gambian diplomat served as ambassador to the United States from 2018. Prior to his appointment, he was Secretary General and Head of the Civil Service and Permanent Secretary at the Personnel Management Office (PMO).

When he was appointed by President Adama Barrow as Secretary General and Head of the Civil Service on 9 February 2017, replacing Musa Jallow, whom Yahya Jammeh had appointed, Fadera announced massive reforms which later came a long way to eliminating political interference in the Gambia’s civil service.

Mr Fadera passed on on 20th February 2022 at the Edward Francis Small Teaching Hospital in Banjul.