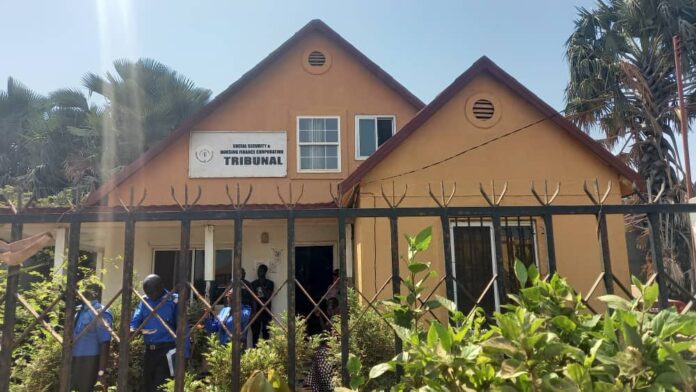 The Police officer who was accused of raping a 22-year-old girl has been granted bail in the sum of D50, 000 following his first appearance before the Brusubi Magistrate Court for the mentioning of the alleged rape case.

“The court orders that the accused provide a responsible Gambian surety who must be in the course of business or employment, and the said surety is ordered to provide a report of his or her correct and valid contact number and address. The surety must provide the office of the registrar his or her valid origin ID card or passport…,” Magistrate Krubally orders.

The accused was charged with a single count of rape contrary to Section 3(1)(a) of the Sexual Offences Act 2013 which is bailable. He pleaded not guilty after the charge sheet was read to him in Mandinka.

The prosecution team led by one Sergeant Secka applied under Section 62 of the Criminal Procedure Code for the case to be transferred to High Court for want of jurisdiction.

However, his application was disregarded after the counsel for the defence, J. Jobarteh argued that the court could hear all criminal cases except those that attract live imprisonment or a death sentence.

The accused was said to have been arrested by PIU officers after he allegedly left his guard post and went on a self-assigned duty at the seafront near Monkey Mark in Bijilo, on the 28th of August 2022 where he allegedly raped the victim.

On the 29th of August, a statement emerged from the IGP condemning the alleged crime and also announcing the interdiction of the accused.

Share
Facebook
Twitter
WhatsApp
Linkedin
Viber
Previous articleHarnessing The Skills of Young People Through TVET: Kutejumbulu Foundation Set to Establish TVET In Nuimi
Next article“Four Days Without Food: We Have Been Asked To Leave Our Temporary Shelter” – Flood Victims