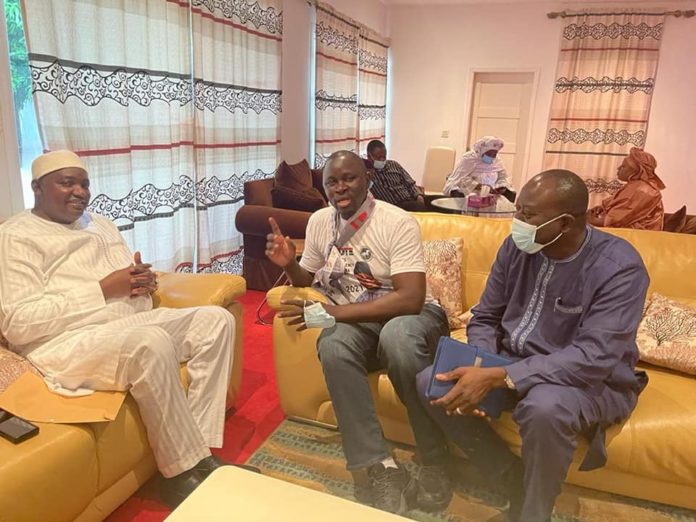 Ahmad Gitteh has announced preparation has been completed for President Adama Barrow’s welcome.

The president will return to Banjul on Thursday after spending the last 10 days meeting citizens in the interior parts of the country.

NPP infantry soldier Ahmad Gitteh shared photos of his meeting with President Barrow on Thursday and wrote: “All is set now for the president to depart Mansa Konko LRR to West Coast.

“We just finished briefing our #Bus_Driver at his residence on the level of preparedness of West Coast and general organization of the events. The president is impressed and all is set for the ball to Start rolling.”