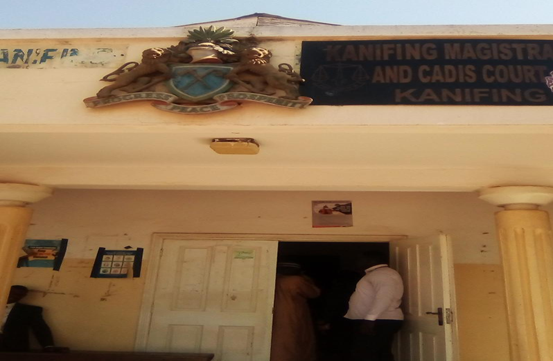 One Alieu Darboe from Serekunda Londo Corner has been dragged to court by one Karamo Jawara at the kanifing Magistrate Courts before magistrate Tamara Chaw.

The particulars of offence stated that Alieu Darboe, the defendant obtained money from Karamo Jawara amounted to 3,000 dollars (equivalence of 88,500 dalasi) as first instalment payment for the process of a Swedish visa.

Testifying before Magistrate Chaw, the plaintiff, Karamo Jawara told the court that he met one of his friends at Serekunda market where he was buying a mosquito net and his friend told him that he knew a man who helped people to get visa(referring to Alieu Darboe).

He ( Karamo Jawara) then went to him and discussed with him about the visa processing, where he( Alieu Darboe) told him that he could provide him with a visa if he fulfilled all payments. When he paid the money to Alieu Darboe, Karamo Jawara then travelled to Baddibu for a funeral. “While I was in Baddibu, Alieu Darboe called me and told me that my Swedish visa was ready. When I came back from the funeral, he demanded another payment of D88,500 as the last instalment payment to get my visa,” Karamo revealed in court.

Continuing his testimony, Karamo Jawara disclosed that Alieu Darboe called him one day and told him that he has someone that needed to go to Turkey for treatment and he needed someone who could helped him with a bank statement at Sandard Chattered Bank. Without wasting time, Karamo Jawara accepted helping him with the said bank statement.

The plaintiff further continued, ” Alieu Darboe told me to give him another extra D50,00 which I did and I have all the receipts with me to present them before the court as evidences” he concluded.

The matter was adjourned to 21st February