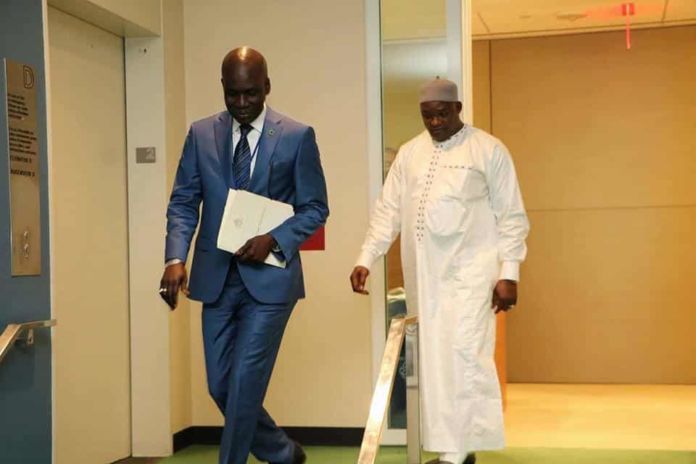 The Barrow administration has rejected a recommendation by the Janneh Commission that Alhagie Ousman Ceesay, the chief of protocol to President Barrow be sacked from his role.

Ceesay has been on the brink since 2017 after he was found to have withdrawn million of dalasis in state funds while working as chief of protocol to former President Yahya Jammeh.

The commission at the end of its investigation recommended that Ceesay who still retains his position at the office of the president be dismissed.

But the Barrow administration has rejected the advice in a white paper that was released on Friday.

The document outlines measures the Barrow administration has or will take against individuals who assisted former president Yahya Jammeh steal billions of dalasis in public funds. It was released alongside the Janneh Commission’s report.

On the case of Mr Alhagie Ceesay, the Barrow administration said: “The duties and functions of state protocol officers are very wide and varied. In reality, they carry out a range of activities for their principals and they enjoy a unique position of confidence within the state architecture which is necessitated by the functions of their office.

“Tellingly, the commission did not make any findings of infringement of any specific policies, guidelines or regulations that govern the functions and duties of state protocol officers. Indeed, none exist.

“Consequently, the government rejects the commission’s recommendation that Mr Alhagie Ceesay should be dismissed. The same applies by extension to all other state protocol officers against whom adverse findings were made in respect of similar conduct under similar circumstances.”