Ahead Of Government White Paper Release On TRRC Recommendations; Amnesty International Calls For Real Commitment To Justice And Accountability 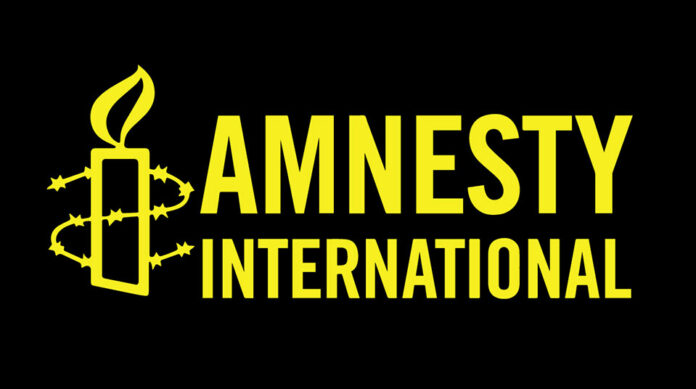 Rights group Amnesty International says that the content of the Government White Paper following the release of the Truth, Reconciliation and Reparations Commission (TRRC) recommendations will be an indicator of the government’s real commitment to justice and accountability.

The group made this known through an open letter addressed to Dawda A. Jallow, Gambia’s Minister of Justice and Attorney General ahead of the release of the white paper which is expected to be made public by the end of May.

The publication of the white paper will coincide with the first months of President Barrow’s second administration, following his convincing victory in the December 4th Presidential Elections.

The TRRC the group says provided an opportunity for two hundred and twenty-nine victims of Jammeh’s government to be heard, as well as taking testimony from former government insiders such as ministers, police and intelligence chiefs, and members of the “Junglers” hit squad.

Whilst the government works on finalising in the coming weeks the white paper that will provide the roadmap for the implementation of the TRRC recommendations, Amnesty International used the letter to the Justice Minister to clearly spell out some of their hopes and concerns.

“First of all, we hope that the process followed by your administration to produce this document is inclusive and involves the victims of abuses during Jammeh’s government, as well as civil society,” the letter states.

They went on to welcome the recent national discussion between the Justice Department, some civil society and victim-led organisations on the TRRC report, calling it an important and encouraging step to ensure the inclusion of victims in the process.

“In this spirit, we hope you will go beyond the TRRC recommendations and consider the demands of the victims who did not participate in the TRRC hearings, namely regarding sexual and gender-based violence.”

It urges the government to ensure that combating impunity is an essential part of the government’s roadmap, insisting that victims have a right to receive truth, justice and reparations.

“The TRRC found that crimes against humanity had been committed and that Yahya Jammeh and 69 other named perpetrators were responsible for 44 specific crimes, including murder, torture, rape and sexual violence, enforced disappearance, and called for their prosecution.

The government should thus ensure that enough resources are dedicated so that prompt, thorough and impartial investigations are conducted, and alleged perpetrators are prosecuted in fair trials within a reasonable time and before an independent and impartial tribunal with no recourse to the death penalty.”

It further reiterates a recommendation by the TRRC for legislation to be adopted or modified accordingly to avoid a repetition of the crimes committed and combat impunity, whilst calling on the government to continue to communicate in a transparent, regular and clear way about the evolution of the white paper and publish it by 25th May, so that every Gambian is aware of the government’s plan to provide justice and reparations to the victims, and civil society can assist in the implementation and its monitoring.

Amnesty international co-signed the letter with African Network against Extrajudicial Killings and Enforced Disappearances, Gambia Press Union, Human Rights Watch, Institute for Human Rights and Development in Africa, The Association of Non-Governmental Organizations in The Gambia, Gambia Center for Victims of Human Rights Violations and Women in Liberation and Leadership among other organisations.