‘Agriculture, Health, Education and Security Will Be My Top Priority’ General Lamin Bojang 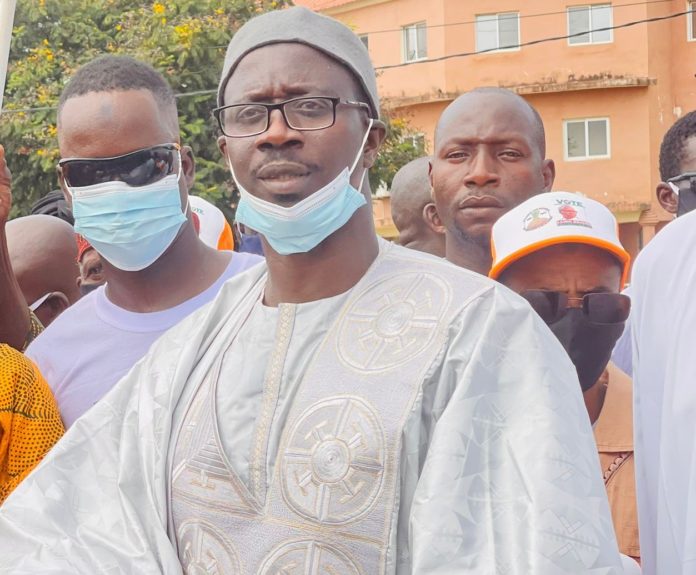 The Presidential Candidate, for the Alliance for National Reorientation and Development (ANRD) party, has said that agriculture, health, education and security will be top of his priority when he becomes President of The Gambia in December 2021.

General Lamin Bojang was speaking exclusively to The Fatu Network immediately after completing his nomination process at Election House.

“Am overwhelmed and am happy, we believe we have fulfilled the requirements and we are not scared. We want to bring sanity into the politics of the Gambia. Agriculture, health, education and security are in the hands of foreigners and our nation’s sovereignty is at stake,” General Lamin Bojang said.

He further noted that the ANRD wishes to change the dynamics and the status quo.

“We lack leadership in the Gambia. We want to replace the poor leadership with a leadership that is responsible and creative,” he said.

He further revealed that the country’s health institutions have collapsed, promising to introduce medical insurance which will seek to help Gambians access good health facilities.

When asked about how he was going to get the resources to achieve all his promises he replied by saying that the Gambia is a sovereign state and people pay takes.

“We are going to get money through agriculture, also all countries have development partners. We shall fight poverty and corruption,” he said.

When asked about a possible coalition he said the ANDR has never wished to form a merger because as presidential candidate for the party he knows he has done something for the country.

General Lamin Bojang attended the Brufut Primary School, where he took the Common Entrance Examination and was admitted at Saint Peter’s High School. He later went on and enlisted into the School of Nursing and Midwifery [Gambia College], at the time that was the highest learning institution in the country.

He graduated as a State Registered Nurse (SRN) and after a few years of practice, I did a higher course in midwifery.

In 1994 he quit the health job and enlisted in the military. In the military, he was the head of the military reception services but at some point, he moved from medical to infantry. He served the army until his retirement in 2012.