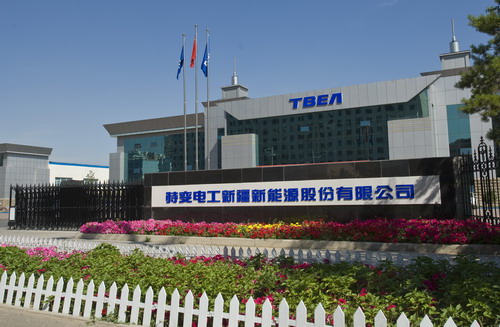 Chinese electromechanical manufacturer TBEA has won a bid from the Gambia government through NAWEC for a transmission infrastructure project worth over one billion dalasis – more than three years after the company made a highly dubious payment to the foundation of the First Lady.

In documents seen by The Fatu Network, TBEA battled it out with four other companies in July and July for the ‘Design and Build of Transmission Infrastructure’ between Brikama and Kotu. The multi-million dollars project was funded by the Gambia Electricity Restoration and Modernisation Project (GERMP).

On September 22, an email was sent to National Contracting Co Ltd of Saudi Arabia notifying the company it’s TBEA that has won the contract.

In the email documents signed by Haddy Njie, the project manager, the Saudi Arabia company is seen being told ‘non-compliance with the requirements in the bidding documents’ was the reason why its bid was unsuccessful.

Specifically, NAWEC told the company in its email the 225/33kV power transformers which are ‘critical’ part of the substations are not compliant with the requirements.

TBEA winning the contract will raise eyebrows as it’s the company that in 2017 paid nearly 750,000 dollars into the account of the foundation of First Lady Fatoumatta Bah Barrow.

Where the money went still remains unexplained – and nothing has been shared about an investigation officials of FABB had announced.