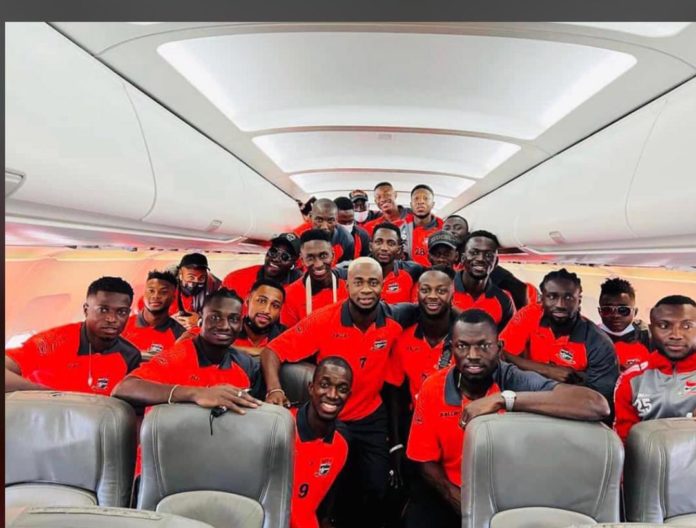 The Scorpions have finally left the shores of The Gambia to participate in the AFCON 2021 in Cameroon. The team was yesterday welcomed home by cheerful fans upon their arrival from Qatar. This was followed by a dinner last night at State House with President Adama Barrow in Banjul.

The Scorpions left the smiling coast of Africa to participate in their first AFCON tournament.

At the airport, sports fans, families and Gambian supporters turned out in their numbers to bid farewell to the team and express their support for them.