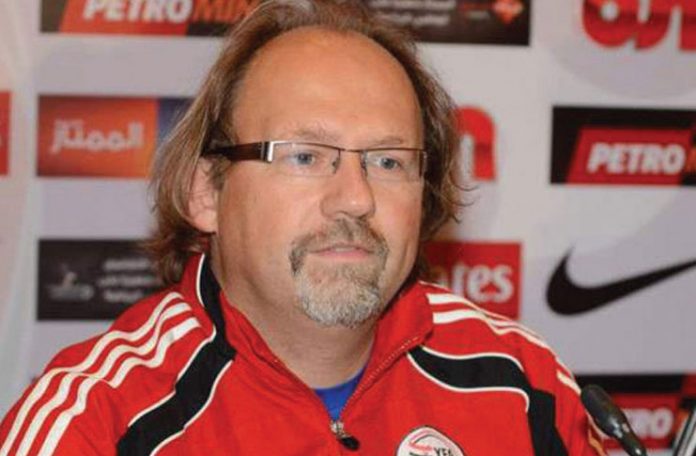 The 33rd Africa Cup of Nations kicks off on Sunday in Cameroon, having been delayed a year by the coronavirus pandemic. Here, BBC Sport Africa runs the rule over Group F, which includes Tunisia, Mali, Mauritania and debutants The Gambia.

Momodou Bah (Sports journalist, The Gambia): The Gambia will be one of two debutants in Cameroon, having surprised the continent’s football giants with their historic qualification in March.

The tiny west African country started their campaign in the preliminary stage in October 2019 and finished top of their qualifying group, which included higher-ranked and acclaimed opponents in Gabon, DR Congo and Angola.

Since his appointment in July 2018, Tom Saintfiet has turned around the fortunes of the Scorpions, registering their first competitive victory in over five years against Benin that November. Nonetheless, the former Togo and Namibia coach has been heavily criticised for his style of play and his selection criteria.

Tunisia and Mali are favourites in the group but with four of the six third-placed teams guaranteed a knock-out spot, The Gambia will fancy their chances of progressing.

Souhail Khmira (Tunisian sports journalist): Given Tunisia’s performances in World Cup qualifiers and the Arab Cup in Qatar, going far at the Nations Cup is not going to be an easy task.

Boss Mondher Kebaier has been criticised for failing to get satisfactory results, and his choice of players has repeatedly been questioned by fans.

Tunisia have always opted for a defensive style of play, which fluctuates based on their opponents.

Esperance de Tunis’s Mohamed Ali Ben Romdhane is one of the players to look out for, Hannibal Mejbri (Manchester United) has also shown great potential in the few matches he has played while Wahbi Khazri remains one of the most valuable assets.

Tunisia remain one of the favourites despite their underwhelming results lately, with the Carthage Eagles often managing to surprise their fans by snatching last-minute qualifications.

Baba Cissouma (Journalist at Malian journal Match): For its 12th participation in the Nations Cup, Mali wants to climb on the podium’s highest step for the first time.

The colts of coach Mohamed Magassouba were walking on water in qualifying for this tournament, and they excelled when reaching the World Cup play-offs too: winning five and drawing one of their six games, with 11 goals scored and none conceded.

The Eagles will be happy about playing in Cameroon, where they reached the finals of both the 1972 Nations Cup and the 2020 African Nations Championship.

Mali can count on the maturity and the form of the squad’s young players, nearly all of whom are African champions at Under-17 level, silver medallists at the U17 World Cup or Under-20 World Cup bronze medallists between 2015 and 2017.

Mali also has two major advantages: firstly, the arrival of a goalscorer in Ibrahima Kone of Norwegian side Sarpsborg 08, who scored five goals in World Cup qualifying, and then the stability of Magassouba, who has been in place since 2017.

Lassana Camara (Journalist covering Mauritania): After a half-successful test for coachDidier Gomes da Rosa at the Arab Cup, the time has come for the Frenchman to carry out a reconstruction of the team.

Da Rosa, who succeeded his compatriot Corentin Martins in November, was able to get to know his group (or part of it) and assess the temperature, pulse and rhythm of his team. It should be noted many executive players were absent during the Arab Cup, including Aboubakar Kamara (Aris), Ibrehima Coulibaly (Le Mans) and Aly Abeid (Valenciennes).

Technical staff identifying who should form the backbone of the team must have their work cut out, since many wolves with long teeth have distinguished themselves and could steal a place from certain other players.

The Mourabitounes find two old adversaries in Group F. The Tunisians are considered their bête noire while the Malians caught them cold during the previous edition of the Nations Cup in Egypt.

The Gambia will be the keystone of Mauritania’s participation. A good tournament involves a triumph against this unknown side on 12 January – at the risk of seeing the spectre of defeats resurface repeatedly.