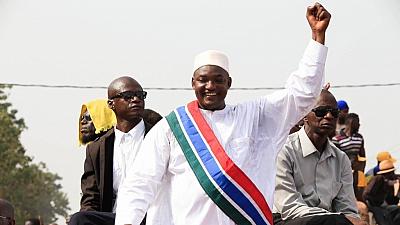 As the nation expects the return of President Barrow, from his Roundtable Donor Conference, streets are being lined, with chanting supporters, and enthusiastic fans. The pavements are noticeably getting crowded, and cars are speeding past, horns blaring as they head towards the airport.

It seems the call made by the Vice President, for “All Gambians and well-wishers, to come out in good numbers, and welcome his Excellency” is being heeded. It remains to be seen if the Ramadan effect will have any bearing on expected crowd turnout.

The call however, has been met with anger in disdain in some quarters. For some, its reminiscent of the Jammeh days, when students were forced to leave classes and made to stand on the road for hours.