A Piece of Advice to President-elect Barrow 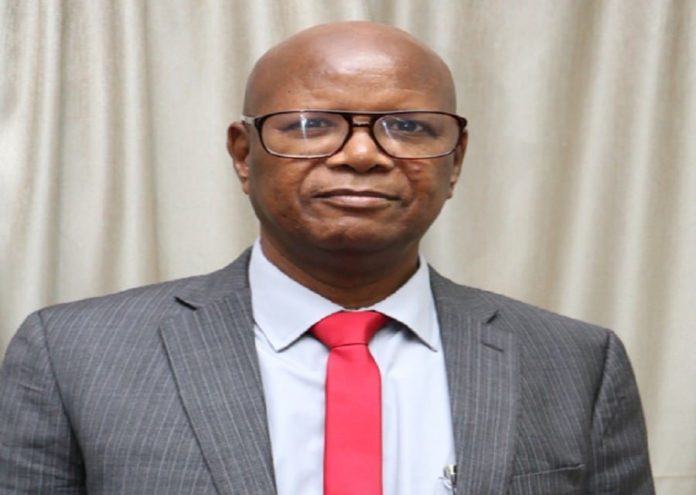 Now that President-elect Adama Barrow has received a strong mandate from Gambians to rule this country for another five years, everyone is anxiously waiting to see how he is going to handle his new mandate. Is he going to continue with the same lackadaisical attitude, with corruption and malfeasance being the hallmark of his last administration, or are we going to see more positive developments, with head-on confrontation against corruption and mis-management?

Regardless of who voted for him and who did not, and the obvious fact that there were some irregularities in the elections, Barrow is still president for all Gambians, and as such, we should all pray for the success of his administration, because it means ultimate success for the Gambia.

It is a well known fact that several non-Gambians who had no business in our elections were mobilized to vote and they indeed voted. However, apparently because of their over-confidence in their poise to win the elections and trying to ward off the label of being anti-foreigner, the United Democratic Party (UDP), in particular, did not see it necessary to take the matter to the revising courts. Therefore, it is now too late in the day for anyone to contemplate challenging such irregularities, thus making all those non-Gambians who were illegally registered, acquire Gambian citizenship through the back door. This indeed has some negative implications for this country as some of those people may be criminals and other undesirable elements and giving them our citizenship on a silver platter just for political expediency by a few politicians bent on winning the elections by whatever means necessary, could come to haunt us in the long run.

It is unfortunate however that the UDP never had the chance to bring out in open court whatever evidence they claim to have had with regards to election fraud. It was also a disappointment to many UDP supporters that, with all their large reservoir of experienced lawyers, they apparently failed to do their homework before bringing their case to the Supreme Court, only to be thrown out on a technicality.

Whatever the case however, we need to move on as a nation and we expect the opposition to work hard towards the National Assembly elections to ensure that this country is not, by default, transformed into a single-party nation, which would spell disaster for our nascent democracy. It would be a big mistake if Gambian voters decide to give the National People’s Party (NPP) absolute control of the legislature, giving the Barrow administration the power to do whatever they want. If that happens, the very first thing they are likely to do would be to bring in a watered down new constitution that would help him consolidate his control over every aspect of the governance structure which may not be for the general good of the country.

While President-elect Barrow is waiting to be sworn in on January 19, we expect him to also use the window to choose a new team that would help him run the country for the next five years. Unlike his first five years when he was constrained by the coalition agreement that required him to satisfy the different component parties of Coalition 2016, we expect him this time round to have a much freer hand to run his own show rather than allowing any individual or interest group to hold him to ransom. Even though he has an extremely long queue of small political parties and other individuals lining behind him, apparently all of them looking for jobs and other parochial interests, but we expect him not to compromise the national interest just to satisfy a few people. He should focus on his legacy and get an efficient team to help him achieve that rather than trying to satisfy anyone’s individual interest.

On particular area that everyone expects President Barrow to address in his new administration is the unnecessarily large number of advisers he has surrounded himself with. Of course everyone agrees that he needs some advisers, but they should be seasoned people who can

speak with authority on the subject area they are supposed to advise the president not just any party militant. We certainly also do not need all those advisers, particularly people who lack the pedigree to advise even a village head let alone a head of state. It is seen by many people as sheer waste of public resources to pay people for doing virtually nothing for the public.

Also, the very fact that the next legislative elections would still be held with the 1997 Constitution, which requires him to nominate five members of the National Assembly, he should avoid the mistake he made in 2017 when for the first time in the history of our legislature, there was not a single member of the Christian community in the National Assembly. He had the opportunity to address it but he failed to do so. Let us therefore hope this time round he would take cognizance of such anomaly.

Among the most urgent things that we expect the in-coming Barrow administration to tackle head on include implementing the Truth, Reconciliation and Reparations Commission (TRRC) report to its fullest. We certainly do not expect a repetition of the selective way they handled the Janneh Commission when they had to cherry pick those they wanted to protect. Also, the public is still in the dark as to how much had been recovered from the recommendations of the Janneh Commission, including what had happened to former President Yahya Jammeh’s assets that the Commission recommended to be seized by the state.

Another area that the administration should address is the high level of corruption prevalent in almost every sector of the government. We have all heard or seen the leaked audit report on the Ministry of Health in which millions of Dalasis of public money had allegedly been squandered without any justification. Despite the public outrage over the report, there has still not been any reaction either from President Barrow or his government, apart from the rebuttal from the Ministry of Health, blaming the Standard newspaper for publishing it and the National Audit Office for releasing it to the public.

Of course the public have a good reason to be agitated about the audit report because there have been examples of previous corruption scandals that seem to have been swept under the carpet. A good case in point is the Gambia National Petroleum Corporation (GNPC) scandal which resulted in a serious fuel scarcity, and which seems to have been removed from the radar and apparently put on the back burner, with hardly anyone now talking about it.

There is also the huge shipment of hard drugs that was intercepted at the Port of Banjul almost a year ago and no one seems to know what had happened to it and whether anyone had been arraigned for it. We have been hearing the name of one Banta Keita being bandied around with regards to the shipment, but such a huge haul of drugs cannot just be tied to one individual. It must have been a big network and therefore, it does not make sense to assume that only Keita could be culpable, and no one else should be held responsible. There is certainly something quite fishy about the case.

In view of the socio-economic closeness of the Gambia and Senegal, President Barrow has the misfortune of being compared to Senegalese President Macky Sall in their development trajectories. For instance, a few days ago, we all applauded President Macky Sall when he inaugurated the Regional Express Train (TER), which is one of the flagship projects of his Plan Senegal Emergent (PSE) initiated by him at the beginning of his first term, with the objective of pushing Senegal to the status of a middle income country. It will definitely have a very positive socio-economic impact on ordinary Senegalese, particularly those living within the Dakar metropolis.

Of course, there is absolutely no doubt that our own President Barrow has also registered some remarkable infrastructural development successes during his first five years in office, including the roads and bridges in the Upper River Region and some other parts of the country. However, his development strides cannot be compared with those registered by Macky Sall, particularly in the area of projects that directly impact on the lives of the ordinary people. We can imagine, for instance, the direct positive impact that the Regional Express Train, which we are told departs Dakar for Diamniadio every 20 minutes carrying more than a 1000 passengers, would have on ordinary Senegalese, and it is said that plans are underway to extend it to the new airport in Diass, about 40 kilometres from Dakar.

While President Barrow’s roads are no doubt quite important, but what is the benefit of having good roads when public transport is virtually neglected by the government and the ordinary people can hardly move from point A to point B? We have all been witnesses to the daily hassle that ordinary Gambians go through to reach their various destinations. As a result of the apparent lack of attention given to the public transport sector by the Barrow administration, people seem to spend much more time on the road looking for transport to reach their places of work or other destinations. It is not uncommon to find people as late as midnight or even beyond still looking for transport to get home from work or other errands, including young school children returning from school. This is apparently because there is no proper attention given to the public transport system.

“Those who should address the problem do not seem to care because they and their families are allocated government vehicles and therefore, the daily struggles of ordinary Gambians do not concern them much,” complained a distraught commuter.

Another marked personality differences between President Macky Sall and President Barrow with regards to development is that while Macky seems to concentrate on carrying out his development work without much talk, President Barrow on the other hand makes a lot of noise about the projects he undertakes. While one would hardly hear Macky beating his chest about the development projects he had accomplished, but Barrow is always telling us how much development work he had done, claiming to have done much more than all his predecessors put together, despite the fact that many of those projects were initiated by his predecessors. While Macky would just appraise and execute his projects without much noise and publicity, President Barrow would not only go about promising every community that he would bring development to them, but he would also make so much noise about such projects. Humility should therefore be the watch word here.

A Happy New Year To Everyone