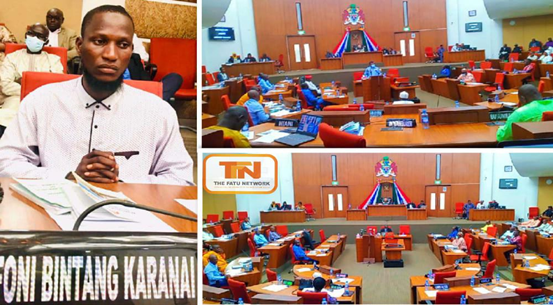 Seventy children have now been confirmed to have succumbed to acute kidney injury (AKI) linked to imported contaminated medicines from India. In exercising one of its key mandates of representation, National Assembly Members have urged their colleague lawmakers in the parliamentary select committee on health to take very seriously investigations into the demise of the kids and the importation and circulation of the said medicines.

While debating the national health emergency on Wednesday, assembly representative of Foni Bintang Constituency, Hon Bakary K Badjie, said the parliamentary health committee must do everything possible to ensure that their investigations are not compromised.

“The issue is very serious as we still mourn the death of the children. Parents are crying; the nation is mourning. The loss of the children is huge, and we are sympathizing with the parents.”

The lawmaker said the country has no mechanisms of bringing back the dead to life, adding that the issue is a public concern and must be treated seriously.

He reminded the assembly that they are representing the people and whatever they do should be in the interest of the people of The Gambia.

Hon Omar Jammeh, member of parliament for Janjangbureh, also expressed condolence to the families who lost their children to AKI. He further called for the immediate closured of pharmacies that have been selling the said medical products.

Hon Kebba K Barrow of Kombo South and Hon Assan Touray of Bakua constituency both described the deaths as shocking.

Hon Barrow warned that such unfortunate incidents will not stop if people are not held responsibility while Hon Assan Touray called on the select committee on heath to champion the investigation, find out and reveal how the medicines were imported into the country.

Share
Facebook
Twitter
WhatsApp
Linkedin
Viber
Previous article‘If they succeed in silencing Momodou Sabally, they will silence all of us’, UDP’s Kemo Bojang reacts
Next articleKitabu blames ‘semesters’ for contributing to halt of Saretii Bayelaa