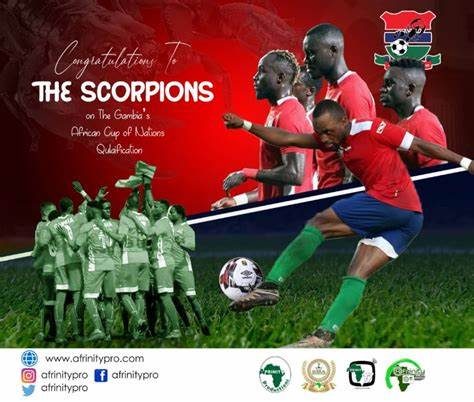 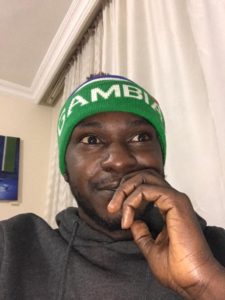 As the Gambia readies itself to face West African neighbours Mauritania in Wednesday’s Group F clash which will mark our first ever Africa Cup of Nations appearance, here are five points to be optimistic about:

First date with a guy/gal, first day at school, a debut for a team… One thing always stands out: there is always a point to prove. So, expect the Scorpions to treat their maiden participation in the continent’s premier football tourney as an opportunity to do the country proud. After several hiccups in the past including a brief spell in football’s nowheresville, the history making contingent are certainly going to leave nothing to chance. The fact that this particular cohort is the first ever to represent the Gambia at the showpiece event makes it even more salivating. Steve Trawally was even more bullish when he told GFF’s Communications chief Baboucarr Camara in a recent interview via GFF Facebook page:

“We are not here to just show face. We are here to actually to compete with all these big nations that were here before us…. There is always a first time but it doesn’t mean you just have to come and look down on yourselves.

We are ready like we were in the qualifiers coz we had bigger clubs [sic] in the qualifiers…. We’ve been there before but that didn’t stop us from topping the group. So, we are ready and going into the tournament positive and looking to go as far as possible.”

A group boasting of DR Congo, Gabon, and Angola could have been the proverbial banana skin for any side in continental Africa. As spinetingling as those names might have been when the draw for Group D came out, our boys would eventually shrug off the pressure of an entire country to do what many before them fell short of. A one-nil win over Angola on home turf and Gabon’s three to nothing humbling of DR Congo in Franceville did the trick. We banished the demons in the end. It was the stuff of dreams. Mental to say the least.   Here we go again. Dem be jeh!

In Bubacarr Steve Trawally, Musa Barrow, Assan Ceesay, Modou Barrow, and the newest addition Yusupha Njie, The Scorpions can trouble any defence thrown at them. The quintet of forwards herein mentioned does possess the skill, pace and guile to not only unsettle any opposition defenders, but more importantly bang in the goals. Such is the strength of our offensive department that attackers in the mould of Ali Sowe couldn’t get a place in the side. Sowe’s omission in the qualifiers had generated head-scratching murmurs in certain quarters, but with the luxury of summoning the likes of fan favourite Steve from the bench, those concerns seemed to have simmered down.

It may be our maiden Afcon gig, but if there is one other string to the Gambia’s bow, that would the respectable number of our players in top footballing nations and/or leagues these days. Italy of late has become home to notable names like Sampdoria’s Omar Colley, Bologna’s Musa Barrow and recently A.S. Roma’s Omar Darboe. There are a handful of other players in the Scorpions camp who have consistently given a good account of themselves elsewhere just as there are others also who have had the privilege of playing against some of the game’s A list personnel. We aren’t getting overawed. Nah!

When the power brokers at Football house first announced the hiring of Tom Saintfiet as coach of the senior national team, it didn’t spark much hysteria in town. In fact, some questioned how a man with not a so glittering resume could be given a job in which his predecessors flatter to deceive. Actually, Tom had spells with bigger African nations such as Namibia, Zimbabwe, Ethiopia and Malawi although it appeared he was more of a journeyman than your high-end modern-day trainer. Others even drew parallels between him and one Luciano Mancini who would be fondly remembered for his limitations in our working language.

But Gambia Football Federation stood by their man. After the storm came the calm. Amidst the noise that Tom is not the type to throw caution to the wind, the Belgian’s pragmatism would have a calming influence on the team. The ship got steadied and here we are, poised to sting where it hurts most.