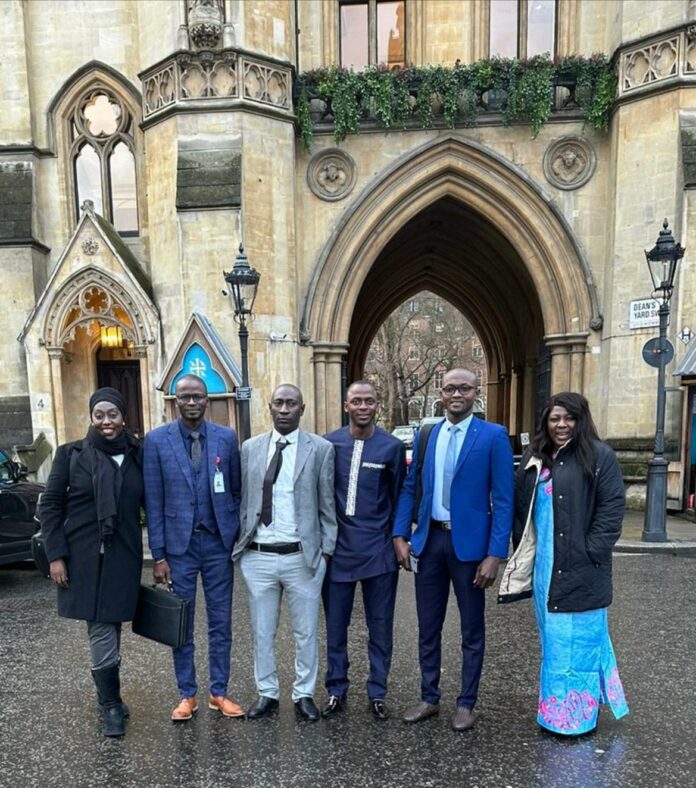 Five Honourable Members of The Gambia National Assembly and the Deputy Clerk have arrived in London yesterday 15th January 2023 on a Commonwealth Parliamentary Association exchange programme.

The esteemed NAMs were welcomed at the Heathrow airport by Mrs Sainey Barrow, the Councillor at The Gambia High Commission in London and later hosted to a dinner.

The Deputy Head of Mission, Mr Suntou Touray welcomed the delegation and encouraged them to learn the best parliamentary practices at both Chambers of the U.K. law-making bodies.

He further states: “Parliamentarians are the people’s representative, and they should always maintain an Honourable disposition, and decorum wherever they are and help government utilise the national resources efficiently and productively with their oversight functions.”

DHM Touray further extols the Deputy Clerk that “the Westminster parliament is a colossus in terms of law-making and taking on government ministers in their policy implementations. The Gambia NAMS which currently comprises a high number of first-term members will be exposed to vigorous methods of parliamentary scrutiny of government policy directives. And the visiting NAMS should seize the opportunity and make the best use of their time in London.”

The Parliamentary delegation includes Hon Touma Njie, Hon Gibbi Mballow, Hon Kebba Lang Fofana, Hon Camara and Hon Fatoumatta Jawara. They will undergo an intensive exchange study on how the U.K. Parliament Select Committees function and how such shared processes can be aligned to have more effective oversight functions.

The parliamentarians and the Deputy Clerk, Hon Kalipha Mbye will visit important parliamentary institutions and meet with heads of vital select committee leaders in the U.K House of Lords and House of Commons. Learning aims – Parliament to:
– support and strengthen parliamentary democracy with the help of CPA
– Build stronger parliament and advance democracy
– Strength Gender Sensitive legislation
– Create a greater understanding of Select Committees and Their oversight functions
Among others.

We wish the NAMS a fruitful time in London.
On Thursday 19 January 2023, the NAMS are invited to grace an event where renowned Gambian Musician Mr Jaliba Kuyateh will be honoured by Goldsmith University with an honorary doctorate for his music service.