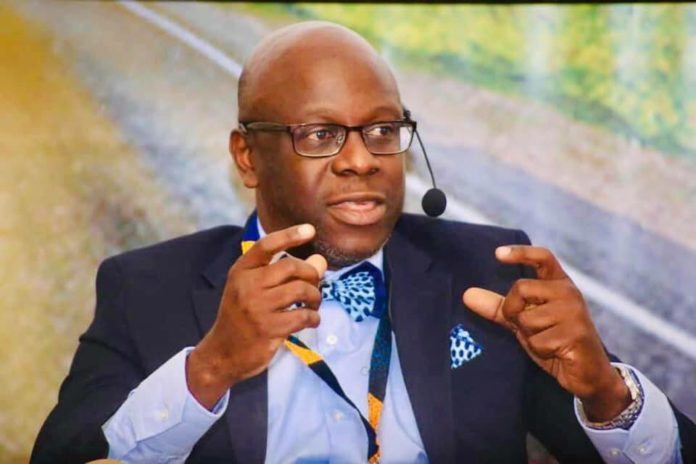 The Gambia Bar Association (GBA) has in a press release dated 30th May 2022 welcomed the release of the Government of The Gambia White Paper on the report of the Truth, Reconciliation and Reparations Commission (TRRC) which was established in 2017 to inquire into gross human rights abuses and violations during the period July 1994 – 2017 under the leadership of former President Yahya Jammeh.

GBA described the TRRC process as rigorous, thorough, impartial and truth-seeking. The umbrella body for lawyers in The Gambia urged the Ministry of justice to enhance and expedite a judicious implementation strategy of the recommendations of the Commission, describing it as critical in ensuring justice and accountability.

Read the press release below:

The Gambia Bar Association (GBA) welcomes the release of the Government of The Gambia White Paper on the report of the Truth, Reconciliation and Reparations Commission (TRRC).

The GBA commends the Government of The Gambia for issuing a White Paper within the prescribed six-month time limit as stipulated by s. 30 (3) of the TRRC Act.

The Government’s commitment to implementing the overwhelming majority of the TRRC recommendations, with the exception of a few, is indeed a significant milestone in the country’s transitional justice process and a critical step towards fulfilling the overarching objectives of the TRRC. Following a very rigorous, thorough and impartial truth-seeking process conducted by the TRRC, the judicious implementation of the recommendations of the Commission is critical to ensuring justice and accountability.

We are pleased to note that Government has committed itself to ensuring that those who bear the greatest responsibility for the gross human rights abuses and violations during the period July 1994 – 2017 are held accountable. To this end, the GBA welcomes the establishment of the proposed Special Prosecutor’s Office and a special judicial framework within our domestic court system with the requisite capacity as well as juridical authority to prosecute international crimes such as torture, enforced disappearances and crimes against humanity that are not currently provided for by our domestic laws.

The GBA has, in partnership the International Commission of Jurists ( ICJ), Institute for Human Rights and Development in Africa (IHRDA) and the International Centre for Transitional Justice (ICTJ), following extensive interviews of stakeholders in 2020, Stakeholder Consultative meetings in June 2020 and November 2021, been proactively engaged in shaping the discourse and policy on the best options for prosecuting those who bear the greatest responsibility for human rights violations and abuses between July 1994 and January 2017.

The White Paper sets out Government’s position on the TRRC recommendations and its broader intention of how to implement some of the recommendations and at the same time highlighting Government’s commitment to ensuring that the required legislative reforms are put in place to achieve this goal. We urge the Ministry of Justice to promptly come up with an implementation strategy or plan with clear deliverables, proposed timelines and monitoring and evaluation mechanisms with regards the implementation of the TRRC recommendations.

We take this opportunity to acknowledge the efforts of Government in establishing the TRRC and mobilising the required resources for the TRRC to carry out its mandate. We equally extend our appreciation to the TRRC, including the Commissioners, Secretariat and all the support staff for its work in establishing the truth and presenting an impartial historical record of the violations and abuses of human rights from July 1994 to January 2017.

As a Bar Association, we remain committed to supporting the Government of The Gambia, the victims and the Gambian people as a whole to ensure the success of our transitional justice process as a key pillar towards the restoration of the respect for the rule of law and good governance in The Gambia.