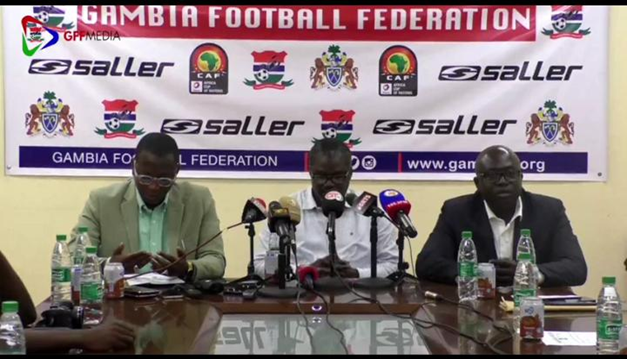 Gambian media houses and football Clubs in the Gambia Football Federation Division One in both the male and female competitions, will not be allowed to stream, broadcast or transmit the GFF Male and Female Division One league games live at the end of the season as the Federation awarded the exclusive right to 11 Sports.

The President of the Gambia Football Federation, Lamin Kaba Bajo revealed this to the media as the football house launched a media partnership deal with FIFA on their FIFA plus project.

“From next season, no third party will be allowed to transmit any form of coverage either in part or whole, through TV, Internet or mobile to provide transmission until the end of the licence period”, Kaba Bajo announced as he launched what he referred to the as groundbreaking event.

The GFF President said that the federation has signed a partnership deal with FIFA, a deal in which  11 Sports will have the exclusive right to broadcast GFF games from now on until the end of the 2026 league season.

However, he said media platforms and clubs streaming the games live this season will be allowed to continue it until the season ends despite the broadcasting partnership deal that will begin in the ongoing league season.

President Bajo, who will be seeking re-election in a few months, explained that having a broadcasting partner that will generate revenue for the league has been his federation’s ultimate priority despite the deal barricading Gambia media houses and clubs from having the right to stream or broadcast live games.

He said that he hardly sees Gambian leagues in the prime news hours in Gambian media.

The second Vice President of the GFF, Ebou Faye said that football is not free and thus Gambian media should brace up for such challenges. He however said that Gambian media personnel will work with the official broadcasting partners as experts, a benefit he said, Gambian journalists may have in the deal.

The deal with FIFA to have the GFF male and female Division One league will run till 2026. According to Lamin Kaba Bajo, the GFF will benefit from 20% of the revenue that will be generated by 11 Sports in broadcasting Gambian league games exclusively. He also emphasised that the deal is cost-free from GFF.

The Communication Director and the project manager of the broadcasting deal, Baboucarr Camara, described the deal as a welcoming development.

“To have an official partner to broadcast domestic league games at no expense to the club is a welcoming development and it will contribute immensely to the development of the clubs.

11 Sports will now be streaming Gambia leagues live and they will be technically assisted by a Gambian online TV.